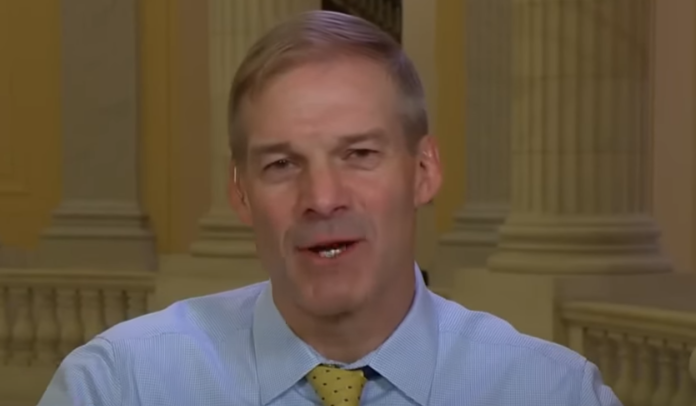 Rep. Jim Jordan got in a quick victory lap after he help dismantle Biden's disinformation board. The board was paused shortly after news that the board's head, Nina Jankowicz 'stepped down'. Jordan also went on to praise an endorsement from President Trump as being 'the most powerful political endorsement in American history'.

underscored the power of an endorsement from former President Donald Trump Wednesday on "Hannity."

REP. JORDAN: Would the Disinformation Governance Board have fact-checked the Democrat witness today who came in front of our committee and said men can get pregnant and have an abortion? We'll never know, Sean. I'm almost saddened by this because I wish they would have maybe waited a day before they disbanded this board so we could see exactly what Nina Jankowicz would have said to that ridiculous statement made in the Judiciary Committee today by the Democrat witness.

The Trump endorsement is the most powerful political endorsement in American history, without a doubt, we understand that. The country has common sense … The Republican Party is the party of common sense and regular people; [the] Democrat Party is the party of craziness. There's a reason seven out of ten of our fellow citizens think the country is on the wrong track. In my time in politics, I don't know if I've ever seen wrong track numbers that bad. And that's because America has common sense and they understand that Jerry Nadler, the chairman of the Judiciary Committee, had to approve that witness. They went out and got that witness to come testify. That shows you how out of touch they are with reality and with the American people. And why I think - as you said and as Clay said - it's going to be a good night for Republicans on Nov. 8, and that means a good night for the country.

I have a feeling that this is not the last we will all hear about the creation of a manufactured truth board. I hope it is, but I seriously doubt it.