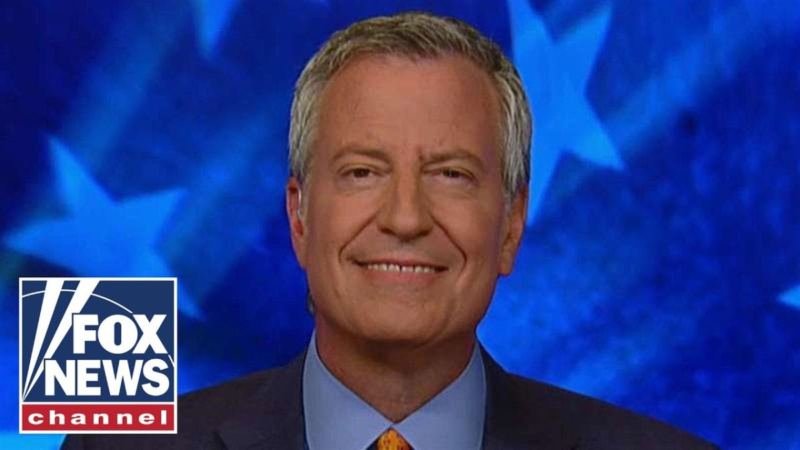 WATCH: Hypocrite De Blasio Wants To Take Your Guns, But Let His Bodyguards Keep Theirs

Carlson asked de Blasio, "You have said that you're for mandatory buybacks of semi-automatic rifles. There are tens of millions of these rifles in circulation now, and presumably, some large number of people won't feel like selling them to the government. What do you do with those people?"

de Blasio: "We've got to end the availability of assault weapons in this country, so I think if there was a ban on assault weapons and there was a buyback program, the vast majority of people, I think, would do the smart thing and they would sell them back. I don't have a specific answer for you, but I think it's a good question."

I hate to be the one to break the news, but I'll guarantee most people will not "sell back" their guns.

Carlson further questioned whether the security detail that de Blasio is provided as mayor would be subject to the same limitations as their fellow citizens. The Democratic lawmaker contended that as a government official he is potentially more exposed to violence and therefore needs the additional protection that semi-automatic rifles provide.

"Someone who serves in public office for a limited period of time, and in the society that we're living in, and I hate to say it but public servants are vulnerable to violence in a different way," he continued. "Our law enforcement officers are there to protect all of us."

de Blasio went on to say,

"I'm being honest with you, I think anyone in public life should say, you know, when we think we have an answer or whether it's something we still have to work out. What I know is this: we cannot have assault weapons in our society – we've seen the devastating impact, they need to be banned. And that means by definition you don't leave millions and millions of them out there."

"The buyback's the obvious approach. How we deal with someone who doesn't want to participate in the buyback, that's something we'll have to resolve going forward."

This is NEVER a good sign. Remember Nancy Pelosi begging Congress to pass Obamacare stating that "we have to pass it to find out what's in it"?