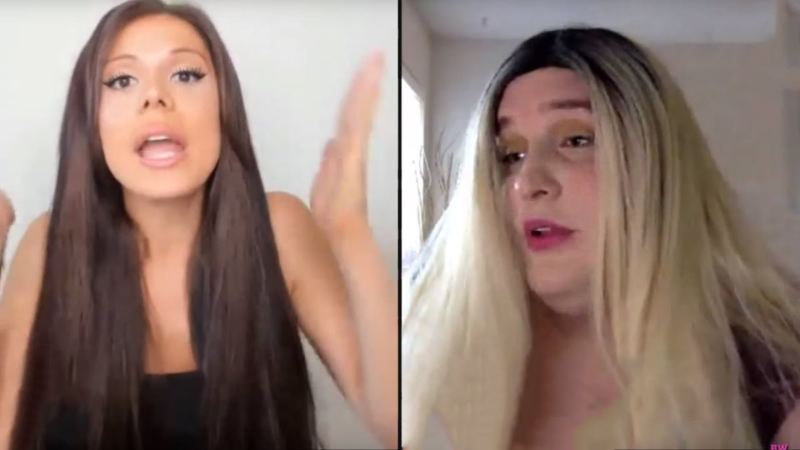 UPDATE: Transgender Predator Who Tried To Force Woman To Wax His Bits and Bobs Arrested

Recently, self-identified transgender "woman" Jessica Yaniv ran a woman out of business because she refused to wax his male genitalia.

This wasn't the first time that Yaniv has done this either. As of today, this is the 16th woman that Yaniv has taken to the tribunal over refusing to wax his genitalia and claiming it’s discrimination.

During a live interview with another prominent transgender YouTube influencer, Yaniv brandished a taser as he pulled items from his bag. The problem was that tasers are illegal where he lives in Canada.

The Post Millennial has confirmed speculation that the Walnut Grove home of Jessica Yaniv was raided by the Royal Canadian Mounted Police last night. The raid follows Yaniv’s explosive live appearance on Blaire White’s YouTube channel, brandishing and demonstrating the functionality of a taser at one point in the debate, and claiming to be fully aware of its illegality. Yaniv also claimed to possess pepper spray.

Yaniv’s discussion of the weapons followed a lengthy racist rant disparaging the East Indian and immigrant communities of British Columbia, asserting “we have f*cked up people who migrate here, who think they can do whatever they want.”

Reports about the raid initially circulated on the forum KiwiFarms, with user and neighbour to Yaniv, WGKitty, reporting the arrival of Police at approximately 9:46 pm EST. The user reported Police presence at Yaniv’s Walnut Grove residence overnight August 5th, with a search to be conducted by the Federal RCMP this morning.

But here's where it really gets crazy...

After Yaniv was put in jail and released after about 24 hours, he goes home and then calls the police to self-report something.

Yaniv calls the police and reports that "someone online" had sent him inappropriate videos and pictures of children.

This comes after having admitted to viewing child p--n in the past and telling a 14-year-old girl that she wishes that girl was 2 years older, implying that she wants to engage in sexual relations with the girl.

This sex predator needs to be behind bars.