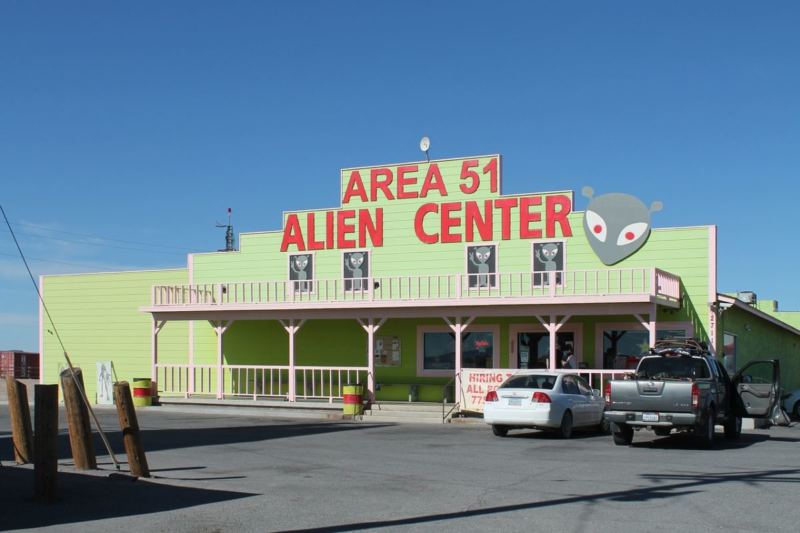 U.S. Military Give STRONG WARNING To Those Planning To Storm Area 51

It may have all started as a joke, but it looks like the U.S. military isn't taking it too lightly.

An event is scheduled to take place on September 20th and hundreds of thousands of people are planning to "storm Area 51" to "see them aliens".

According to Metro News,

Although the page appears to have been started up as a joke, so many people have now signed up that the US Airforce has stepped up to issue a warning to anyone thinking of trying to infiltrate the facility, which is located deep in the Nevada Desert.

‘[Area 51] is an open training range for the U.S. Air Force, and we would discourage anyone from trying to come into the area where we train American armed forces,” a US Airforce spokesperson said in a statement.

‘The U.S. Air Force always stands ready to protect America and its assets.’

Organizers of the stunt believe large numbers of people stand a chance of getting into the base, because guards ‘can’t stop all of us’.

Celebrity chef Guy Fieri jokingly offered to cater the event with radioactive ribs. Bud Light created an Area 51-themed beer can. And MoonPie naturally got in on the fun.

Meanwhile, the event's guest list continues to grow, with more than 1.6 million Facebook users marking themselves as "going." While the general expectation is that most people are embracing the event as satire, the sheer number of people who have joined the event have led to legitimate concern about even a few thousand people flooding the area around the military base. (NBC)

The U.S. Air Force gave a warning to anyone planning on actually participating in this event. The site is a secretive military base and said that "any attempt to illegally access the area is highly discouraged."

Would the military actually open fire on them? I believe if it came down to it they would. However, I do believe they have plenty of crowd control technologies to deter anyone who is approaching too closely to the base.

Will people actually show up?