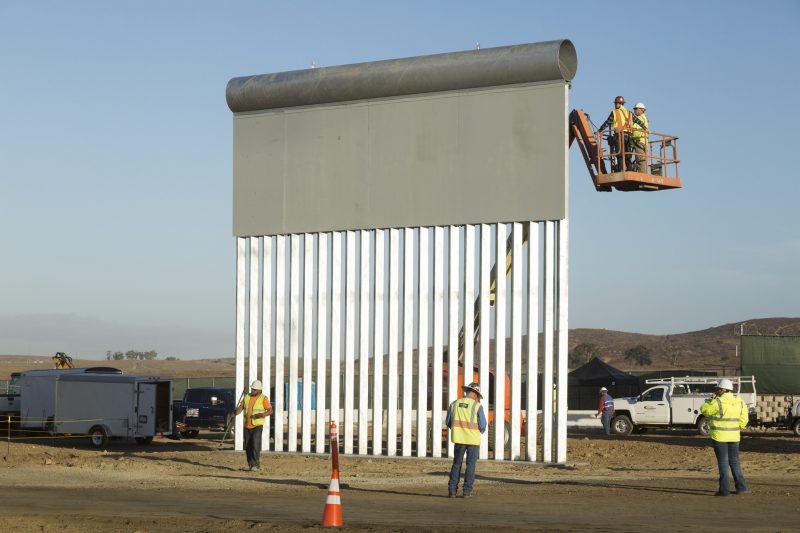 Just like a good American company should, someone has stepped up to the plate and offered to build a crucial section of the border wall for $1.4 Billion.

The U.S. building company, Fisher Sand and Gravel and their President and CEO Tommy Fisher not only offered to build 234 miles of the wall for $1.4 Billion, but also offered to build the whole thing for $4.31 Billion.

Of the $8 billion Trump is hoping to spend, he already has $1.375 billion of that amount from Congress, which can only be used to build fencing in the Rio Grande Valley. Trump is seeking to repurpose another $3.1 billion in defense funding for more border wall and $3.6 billion more through his emergency declaration that Congress and the courts will challenge.

We already know that some of the wall has been built and is continuing to be built at this very moment though no larger plans have been put into motion.

According to the Associated Press,

U.S. Customs and Border Protection said Tuesday that the first panels are in place to replace a steel-mesh fence with steel bollards up to 30 feet high. SLSCO Ltd. of Galveston, Texas, was awarded the $101 million contract in December.

It is the second layer of barrier in San Diego. Work on replacing the first layer is nearly complete, which is also 14 miles long and made of steel bollards up to 30 feet high.

Construction began three days after Trump declared a national emergency to build his proposed border wall with Mexico. Lawsuits have been filed over the emergency declaration.

Our President is doing everything he can possibly do in order to fulfill his obligation to get the wall built, and it sure does look like he's succeeding.