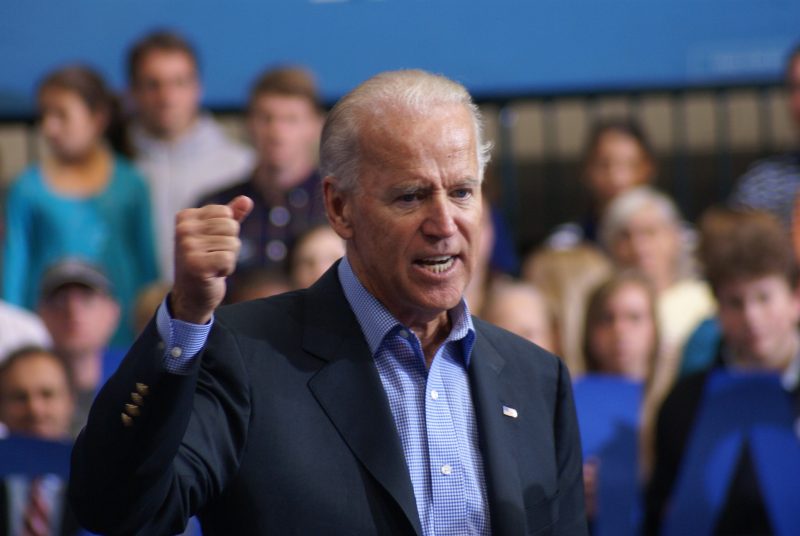 Joe Biden has officially entered the race for the Democratic nomination for the 2020 election.

And what some fake polls, he's already out in front of President Trump. Honestly though, we have to remember that it doesn't even matter because Hillary led in the polls the entire time and was supposed to win easily. How'd that turn out, Hillary?

According to Morning Consult,

A new Morning Consult/Politico poll conducted April 19-21 among 1,992 registered voters found Biden leading the president by 8 percentage points in a hypothetical matchup, 42 percent to 34 percent. Biden has a significant edge over Trump among women (17 points), millennials (22 points) and independents (10 points).

The national, online survey has a 2-point margin of error.

Joe Biden came out firing at Trump as he announced his campaign.

"The core values of this nation … our standing in the world … our very democracy ... everything that has made America — America — is at stake. That's why today I'm announcing my candidacy for President of the United States. #Joe2020."

The video included remarks about Trump's statements following the Charlottesville, Virginia, riots — which occurred between white nationalists, neo-Nazi activists, and protesters against the group's presence. In the video, Biden discussed the riots, calling them a "defining moment" for the U.S., and pointing fingers at the "crazed faces" of white nationalists and their march.

"In that moment, I knew the threat to this nation was unlike any I'd ever seen in my lifetime," he admitted. "We are in the battle for the soul of this nation.

"I believe history will look back on four years of this president, and all he embraces, as an aberrant moment in time," the presidential candidate added. "But if we give Donald Trump eight years in the White House, he will forever and fundamentally alter the character of this nation. ... I cannot stand by and watch that happen."

Let's pause real quick though and look at who the top two Democratic candidates are, Joe Biden and Bernie Sanders. In other words, two old rich white men. What happened to diversity and the liberals being to set against old rich white men winning all the time?