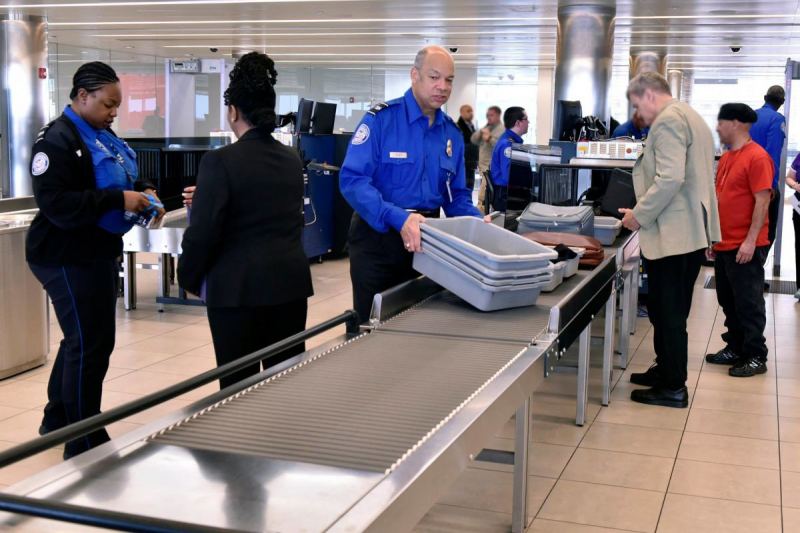 TSA Has Been Allowing People To Fly Without ID and Escorting Them Around Checkpoint...Can You Guess Who?

If you've ever flown on an airplane before, you know what a treat it is (insert sarcasm here).

It's a long process that includes getting your tickets, showing up super early, showing your ID, getting in a long line and waiting, talking off your shoes and belt and sometimes your clothes, getting scanned by an x-ray, and getting felt up by a TSA agent all in the name of security, or so they say.

Well, here's a secret you may not have known. There is a way to bypass much of this.

All you need to do is migrate to the U.S. from another county, be caught by ICE or Border Patrol, get released and given a notice to appear in court, and that's all you need for your ID.

Since January, Immigration and Customs Enforcement has released from custody more than 200,000 migrants who arrived at the border as part of a family. The releases are mandatory under a 2015 court ruling that bars ICE from holding families more than 20 days.

ICE often drops people off at bus stations, where nongovernmental organizations that have been alerted to the drop-offs send volunteers to help migrants make travel arrangements to join family members in other cities. The agency then wipes its hands clean following the releases. ICE would not comment on the legal precedent for undocumented immigrants boarding flights in the U.S.

So instead, those looking to depart the border via regional airports become TSA’s burden. If TSA chose to turn away people at airports it would apply more pressure to overwhelmed bus companies like Greyhound and local motels in border towns, complicating an already dire situation for localities struggling to care for this demographic.

What's, even more, is that they're even being escorted around checkpoints and taken straight to the plane for boarding.

All these privileges that we don't get because we're American citizens.