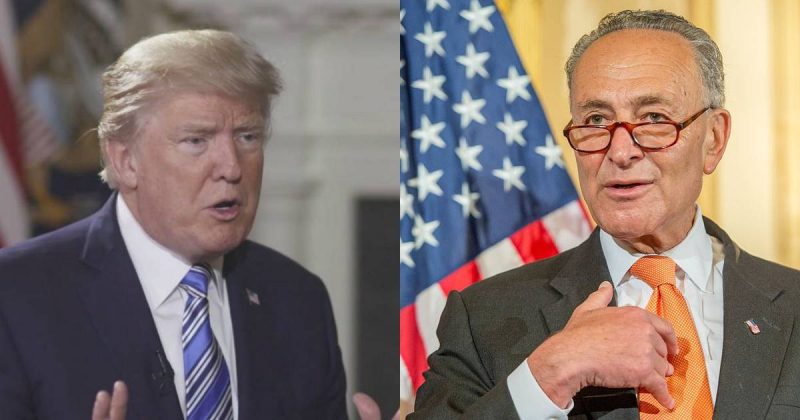 In a stunning upset, the Senate voted the same way that the House of Republicans voted on the issue of blocking President Trump's national emergency declaration for the border crisis.

The vote came in at 59-41 in favor of blocking the national emergency. Keep in mind that the Republicans still hold the majority of the Senate so obviously many of them sided with Democrats in voting to block the declaration.

Not long after the news came in, President Trump took to Twitter to share exactly what he thought about it and what he planned to do next

The President then went on to tweet only about 30 minutes later...

I look forward to VETOING the just passed Democrat inspired Resolution which would OPEN BORDERS while increasing Crime, Drugs, and Trafficking in our Country. I thank all of the Strong Republicans who voted to support Border Security and our desperately needed WALL!

The measure heads next to Trump's desk, having previously passed the House. However, Trump plans to veto, and it's unlikely the House and Senate could muster the required two-thirds majority to override.

Trump originally issued the emergency declaration last month after Congress granted only a fraction of the $5.7 billion he requested for a wall on the southern border. Declaring a national emergency allows Trump to steer an extra $3.6 billion to the wall.

Don't think that the House and Senate won't try to scrounge up that two-thirds majority, because they surely will.

The vote even came after Vice President Mike Pence urged the Senators to side with the President during an interview with Fox & Friends' Pete Hegseth.

Pence said, “A vote against the president's national emergency declaration is a vote to deny the humanitarian and security crisis that's happening at our southern border. So we're urging every member of the Senate set politics aside to recognize that we have a crisis.”