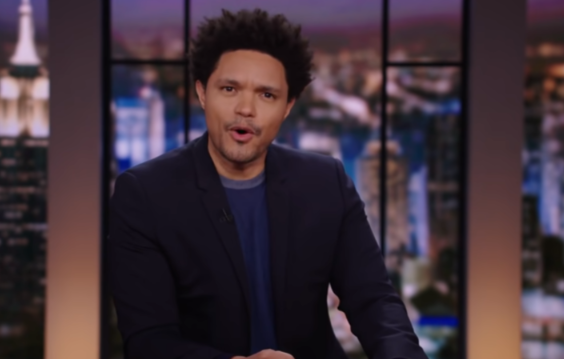 'This Would Have Never Happened To Trump': Trevor Noah Blasts Biden After Saudi's Ignore His Call

The White House now denies claims that the Saudis refused to take his call after the Wall Street Journal broke the news. Even liberals are having a hard time backing Biden right now. Perhaps the most shocking one to turn on Biden was late-night host Trevor Noah, who finally admitted that world leaders didn't screw around with Trump-like they do sleep Joe.

Noah said, “This would have never happened to Donald Trump. Never,” because the 45th president kept international leaders “on their toes.”

“Apparently, Saudi Arabia won’t even pick up the phone for the president of the United States,” Noah said, reacting to a Wall Street Journal report noting that Biden has tried — and failed — to get ahold of the leaders of Saudi Arabia and the UAE while he looks to import oil from other countries.

“That must have been really embarrassing for Biden,” the talk show host added. “Can you imagine? He phones them, and they don’t pick up.”

“And you know what, you can say what you want, but this would have never happened to Donald Trump. Never,” he added.

“Maybe he’d send an angry tweet, or maybe he’d just, like, ban your country from everything. You don’t know,” Noah said.

“That’s why I bet in these situations, Biden actually wishes that he could hire Trump to step in as President Wild Card. You know?” he added. “Just keep everyone on their toes. Because if Trump was calling, you best believe the UAE, they’ll be racing to pick up the phone.”

President Joe Biden’s approval rating has sunk to 39 percent as the national average gas price hit a record high for the fourth straight day, a Rasmussen poll revealed on Thursday.

On Tuesday, Biden shrugged at the high gas prices, just hours after promising Americans he would do whatever it took to lower them.

“Can’t do much right now,” the president told reporters when asked about the spike in gas prices. “Russia is responsible.”

Totally Worth A Watch:

I have to admit I laughed at Noah's skit but it's mainly funny because it's true. Tyrannical world leaders are afraid of Trump. Biden doesn't scare anyone but small children.