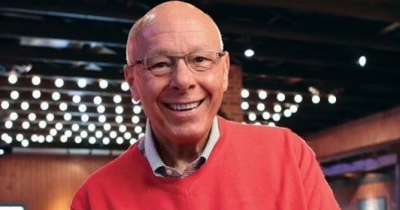 The Man Who Invented The Chicken McNugget Is Using His Fortune For An Absolutely Amazing Reason...

The former CEO of McDonald’s slammed Woke America, Inc. for sacrificing its investors on the altar of discrimination and racial politics.

Former McDonald’s USA president and CEO Edward Rensi used his access to power in McDonald’s to fight for conservative causes.

Throughout the 1990s, McDonald’s shoppers had CEO Rensi to thank for reinvigorating the hamburger brand. Rensi “invent” chicken McNuggets during his time at McDonald’s.

Rensi, who has also sat on the boards of Famous Dave’s, Great Wolf Resorts, and Snap-on Inc., announced he is joining forces with conservative advocacy groups to create the Boardroom Initiative, an advocacy coalition that will fight against corporate boardrooms that mix company policy with U.S. politics.

Seventy-eight-year-old Rensi’s take on woke politics in business was simple: It’s bad for profits. “When I was McDonald’s USA CEO,” we did not “discuss social issues that we knew would alienate roughly half of our customers and threaten [our business].”

Rensi’s group has joined forces with the already existing The Free Enterprise Project in order to fight liberals in the capitalist system of the American stock exchange. The group hopes to buy tons of shares in publicly-traded companies so they can force the companies to abandon “woke” policies that were enacted to empower the workers.

“Corporations have no business being on the right or the left because they represent everybody there, and their sole job is to build equity for their investors,” Rensi said.

Rensi does not consider himself political, but he hopes to use the political process to rid Bank of America and other corporations of civil rights programs that could promote more equity among the workforce.

“It is not the providence of board members or executives that take shareholder money profit and spend it on social matters,” said Rensi.

“Hopefully, the Boardroom Initiative is the beginning of a new era in corporate America in which extremes of ideological politics are set aside so that everyone can work on creating value for both customers and investors,” said Richard Morrison, a senior fellow at the libertarian Competitive Enterprise Institute, of the group’s efforts.

The Boardroom Initiative is targeting investment fund managers such as Engine No. 1 and Blackrock, which are “slowly infiltrating American corporations by embracing woke cancel culture and prioritizing Environmental, Social and Government (ESG) scores and leveraging your 401k to do so, leaving shareholders and employees disenfranchised.”