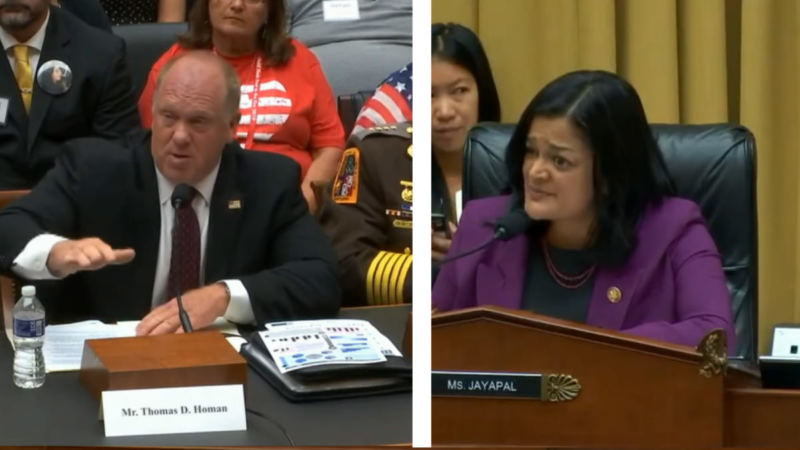 When it comes to issues surrounding the border crisis, Democrats conveniently forget that the biggest cause of these problems today are a result of the Obama Administration.

Former ICE Director Tom Homan appears once again in front of Congress to serve as a witness to the crisis at the border.

During the House Judiciary Committee’s hearing on immigrant detention facilities, Jayapal criticized the Trump administration for skirting Congressional authority and financing agency operations with millions of dollars that were initially slated for other functions.

...Homan also fired back over Democrats’ seeming outrage regarding family separation. During the Obama administration, the federal courts ruled that the government is prohibited from detaining children for longer than 20 days. Since the 20-day window is generally not long enough to process the detained families, children and their accompanying adults are consequently separated as not to violate what is referred to as the Flores Settlement Agreement. However, Democrats have been lambasting Trump for residing over policies that keep children in cages.

Homan continued to point out the hypocrisy of the Democrats,

“You are quick to point out the cages that were built under the Obama administration. I was there. Family detention — we had 100 family beds under the Obama administration and we built 3,000 more. When there was a surge in FY14 and FY15 (fiscal year), Congress was quick to give all the money we needed to build detention facilities, get transportation contracts. We reprogrammed money out of the majority of the years he was president — that was fine.”

“If this is about transparency, let’s be factual about it,” he also added.

And he's right. So often Democrats want to demonize President Trump for the cages where "he" is keeping all the poor victimized children and parents who cross over illegally, but he's not the one who built the cages. He's also not the one who created the laws for the processes that occur at the detention facilities.