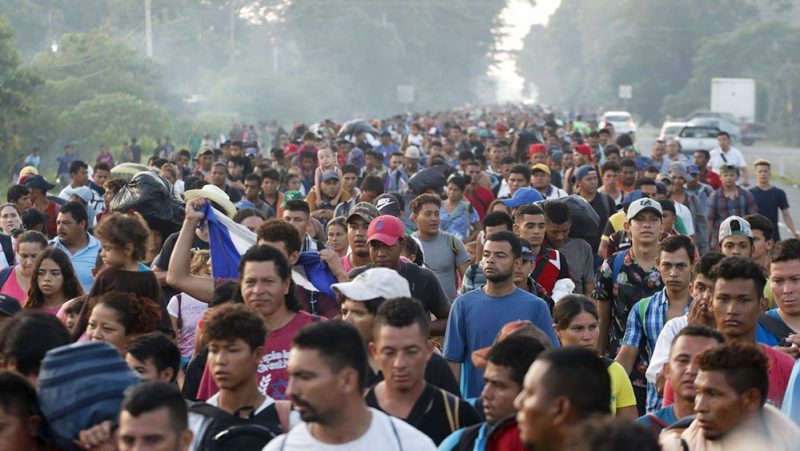 SHOCKING DISCOVERY: Illegals Are Using The Same Children Over and Over To Get Into Country

A group of Republicans from the House of Representatives made a trip to tour the southern border last week and were able to experience something that the media says isn't real and isn't happening. People were coming in by the droves.

But that's not what was so shocking about this particular trip.

What was unsettling was learning that the smugglers who assist the immigrants into the country are actually using the same children over and over again to get people into the U.S.

The Washington Examiner was riding along with Reps. John Joyce of Pennsylvania, Pete Stauber of Minnesota, Dusty Johnson of South Dakota, Andy Biggs of Arizona, and Gaetz Tuesday night when officials leading the tour pointed to a group of more than 40 people who had just crossed through the Colorado River south of the Morelos Dam and surrendered to Border Patrol agents less than a quarter-mile into the U.S.

“Right now, they’re getting their biographical information: name, first name, last name, date of birth, nationality. Right now, they may ask them where they’re going — how many people, if it was a family unit, were they by themselves, were they minors?” an agent, who spoke on background, told the group of lawmakers.

This makes so much sense given the fact that we now also know that someone is paying for ads in other countries to encourage immigrants to find a child to get into the country with because they have a better chance of getting in.

“The whole world knows, they put it in the news. They tell us everywhere if you come to the United States, they’ll help you,” said a Honduran woman apprehended at the southern border near the Rio Grande Valley. Speaking to CBS 4 news, a local news outlet, she and her family claimed they decided to make the trek to the U.S.-Mexico border after seeing several advertisements.

Numerous ads in Central America, reportedly paid for by operatives in the human smuggling business, are promising locals jobs and free help from the U.S. if they reach the border.

“Yes, we’ve been told that, we read it on our newspapers. That’s why we’re here,” said a Guatemalan pastor who was also apprehended in the Rio Grande Valley area.

Additionally, the ads are telling readers that they have a better chance of getting through law enforcement if they bring a child: “We’ve been told if you are a father you can bring your child and you will be helped here if you’re in that situation,” the pastor explained.

Next time Democrats try to tell you how horrible things are at the border for children, remember a couple of things.

First, these children are probably not the real children of the adults who brought them in.

And secondly and most importantly, these children were probably kidnapped and/or are being trafficked into the country.