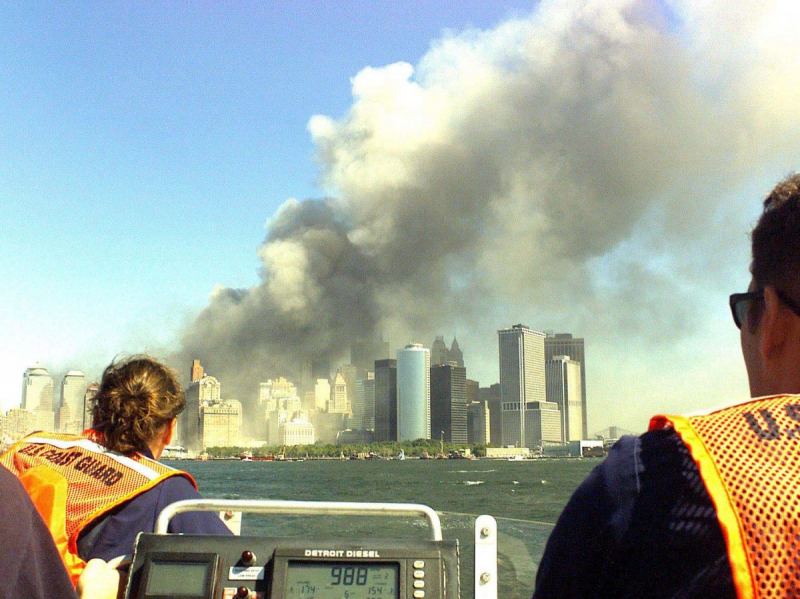 In a recent piece for the Washington Post, Hillary Clinton decided she needed to put in here two cents about the Mueller report.

However, she pulled a predictable liberal move and compared President Trump and his non-existent "obstruction of justice" to that of the 9/11 terrorist attacks.

Congress can’t forget that the issue today is not just the president’s possible obstruction of justice — it’s also our national security. After 9/11, Congress established an independent, bipartisan commission to recommend steps that would help guard against future attacks. We need a similar commission today to help protect our elections. This is necessary because the president of the United States has proved himself unwilling to defend our nation from a clear and present danger. It was just reported that Trump’s recently departed secretary of homeland security tried to prioritize election security because of concerns about continued interference in 2020 and was told by the acting White House chief of staff not to bring it up in front of the president. This is the latest example of an administration that refuses to take even the most minimal, common-sense steps to prevent future attacks and counter ongoing threats to our nation.

And Hillary said that President Trump is unwilling to defend our nation from a clear and present danger?

Are you kidding me right now? He's been trying to get funding to address the clear and present danger at the southern border with tens of thousands of migrants flooding into the country unchecked every single month.

If anyone should be compared to terrorists, it's definitely the Democrats.

It seriously seems that the goal of Democrats is to destroy America and any and all means necessary. Taxing everyone so much that they can't afford anything anymore. Stealing money from hard working citizens only to give it to deadbeats. Allowing people to break the law because it's in your favor.

All these things and so much more. Democrats are the real problem and Americans are finally waking up to see it now!