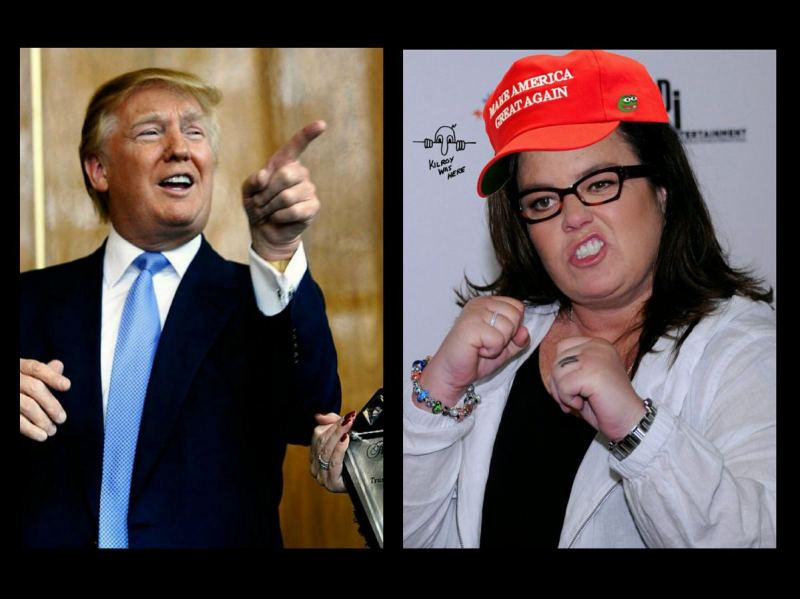 Just recently, Alexandria Ocasio-Cortez made the idiotic false claim that the Trump administration is running concentration camps down at the southern border.

As is that statement wasn't stupid enough, Rosie O'Donnell decided to see AOC's statement and raise the stakes by saying that there are over 100,000 concentrations camps in nearly every state.

NewsBusters' Kyle Drennen reported that O’Donnell made the remarks while appearing on Bravo’s "Watch What Happens Live with Andy Cohen."

"Rosie, you’re going to be doing a vigil called Lights for Liberty, July 12th, demanding an end to the detention camps," Cohen said.

"There are over 100,000 camps in nearly every state," O'Donnell continued. "There’s between 10,000 and 13,000 children, that could fill Radio City Music Hall twice. That's how many children unaccompanied alone in these camps."

Ocasio-Cortez had said last week, "The United States is running concentration camps on our southern border and that is exactly what they are. They are concentration camps. And, um, if that doesn't bother you, I don't, I don't know, I like, we can have, okay whatever."

Democrats like Reps. Alexandria Ocasio-Cortez and Jerry Nadler were among the first to make the comparison between detention centers and concentration camps, which was hotly contested by their Republican colleagues.

The United States Holocaust Memorial Museum issues a statement on Monday, asserting that it "unequivocally rejects efforts to create analogies between the Holocaust and other events, whether historical or contemporary."

Rosie claims that "legitimate scholars" say that these are indeed concentration camps.

This truly is one of the most ridiculous claims out there. Her and AOC both have no idea what a concentration camp is.

Think of the Jews who were forced into these camps, not because they were illegally trying to sneak into Germany mind you. They were then forced to work or killed, neither of which are happening at the border. If you're going to call these areas concentration camps, then you have to do the same with prisons as well.