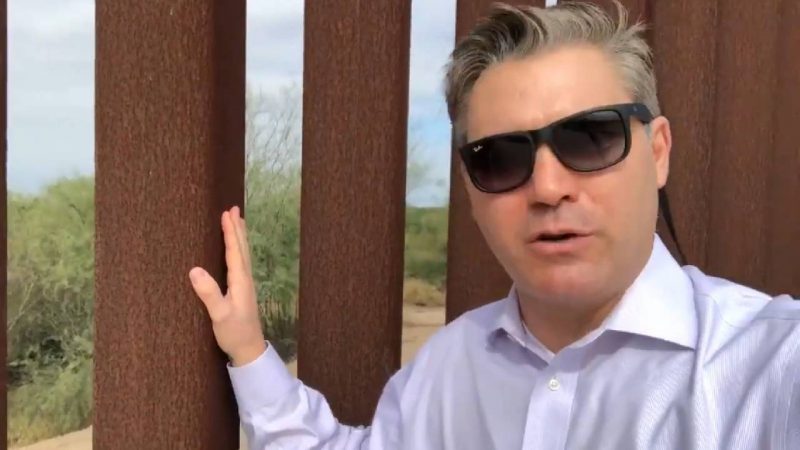 Well, CNN's own Jim Acosta decided to go down to the US and Mexico border as well today ahead of President Trump.

He had attempted to make an effort at showing how the immigration problem is a manufactured crisis, but what he actually did was make a great case for border security and building a strong wall.

Acosta was in McAllen to cover the Presidential visit to the border town in the wake of the government shutdown over disagreements on border security funding. As Acosta awaited the president, he took a video of himself wandering along a segment of the border that is already protected by a wall, describing how safe he felt on the other side of the wall.

In the video, Acosta says, “Here are some of the steel slats that the president’s been talking about... but as we’re walking along here, we’re not seeing any kind of imminent danger. There are no migrants trying to rush toward this fence here in the McAllen, Texas area. As a matter of fact there are some businesses behind me... but no sign of the national emergency the president has been talking about.”

I found some steel slats down on the border. But I don’t see anything resembling a national emergency situation.. at least not in the McAllen TX area of the border where Trump will be today. pic.twitter.com/KRoLdszLUu

Republicans saw an opportunity here and they pounced immediately...and rightly so I might add!

“When I went with President @realDonaldTrump to the border today I never imagined @Acosta would be there doing our job for us and so clearly explaining why WALLS WORK. Thanks Jim!”

When I went with President @realDonaldTrump to the border today I never imagined @Acosta would be there doing our job for us and so clearly explaining why WALLS WORK. Thanks Jim! https://t.co/7wC4rdEsZ2

But the responses didn't just stop with Sarah Sanders. Even one of Jim Acosta's former CNN colleagues, Peter Hamby took a swipe at him.

I am *shocked* that a glib video, customized for re-tweets and filmed in broad daylight along one of the more secure parts of the RGV by a reporter who parachuted in for the day, did not reveal anything dramatic. https://t.co/TgPzMtU8pl

Here are some others as well for your viewing pleasure.

I would like to thank @Acosta for pointing out how peaceful, safe and secure it is at a part of the border that HAS a wall. #RealNews #BuildTheWall https://t.co/bkssL9nOW3

Jim Acosta is at the border, showing that orgainzed, aggressive challenges to the U.S. border aren't happening at a place where there's a giant steel wall. ? https://t.co/rV03UPclBA

Earlier this week,  White House adviser Kellyanne Conway jumped all over Acosta during a press gaggle calling him a smarta-- and telling him how the other reported don't like him. So he deserves everything that comes to him.