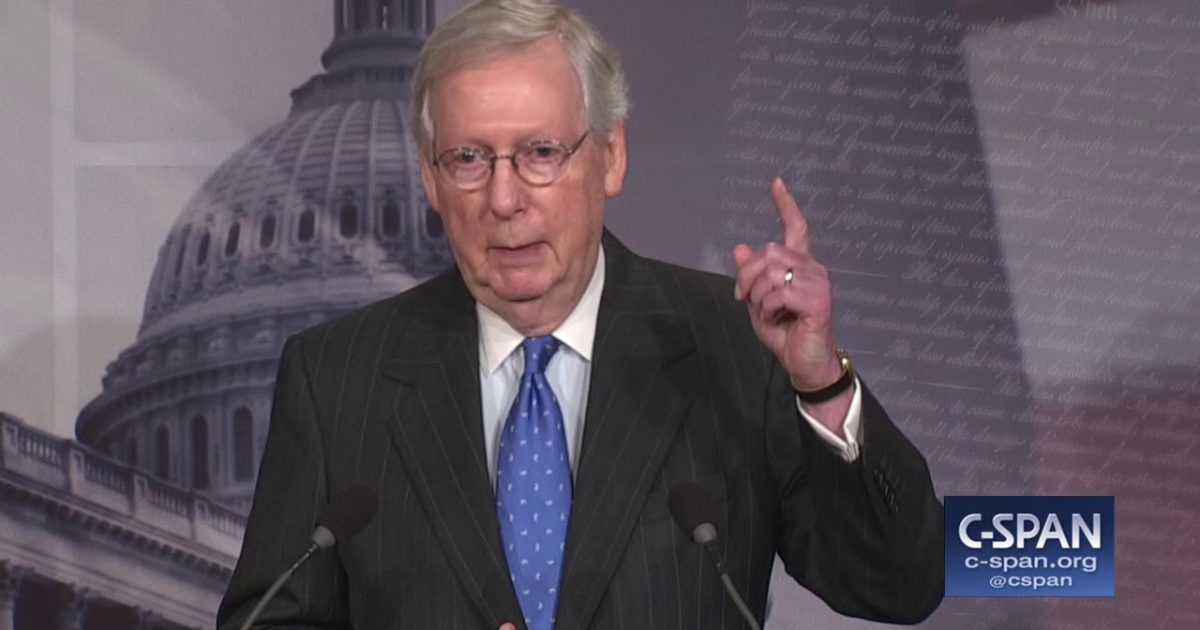 Washington Republicans are tired of the social media bias and are declaring war against Twitter.

The announcement comes after Twitter suspended Mitch McConnell's re-election campaign this week after posting a video of liberals threatening McConnell while they protested outside of his home.

One lady can be heard saying, "Just stab the mother f-er in the heart."

Republicans are going to war with Twitter after the platform froze the Mitch McConnell re-election account this week because the campaign posted a video of threats directed at the Senate majority leader, just as President Trump is planning a separate crackdown on left-wing social media bias.

The National Republican Senatorial Committee on Thursday said it won't spend money on Twitter until the situation is "adequately addressed." A top official with the Republican National Committee also said the RNC and the Trump campaign would not spend money with Twitter "until they address this disgusting bias."

McConnell’s campaign manager, Kevin Golden, confirmed the account was locked this morning “for posting the video of real-world, violent threats made against Mitch McConnell.” The video featured a clip from a recent protest outside McConnell’s home in Louisville, where participants reportedly donned clothing and held signs that read “Massacre Mitch.”

That moniker is a reference to McConnell's opposition to gun control legislation in the wake of recent mass shootings in El Paso, Texas, and Dayton, Ohio.

Golden slammed Twitter over its decision, which he said the campaign unsuccessfully appealed. He said the company informed the campaign the account will remain locked until the video is deleted.

“This is a problem with the speech police in America today,” Golden said. “Twitter will allow the words ‘Massacre Mitch’ to trend nationally on their platform. But locks our account for posting actual threats against us.”

How are they going to suspend Mitch McConnell's account for showing how people are threatening him, but they don't even care that violence is being called for against the man?

They also don't care that the hashtag #MassacreMitch is trending on their platform either.