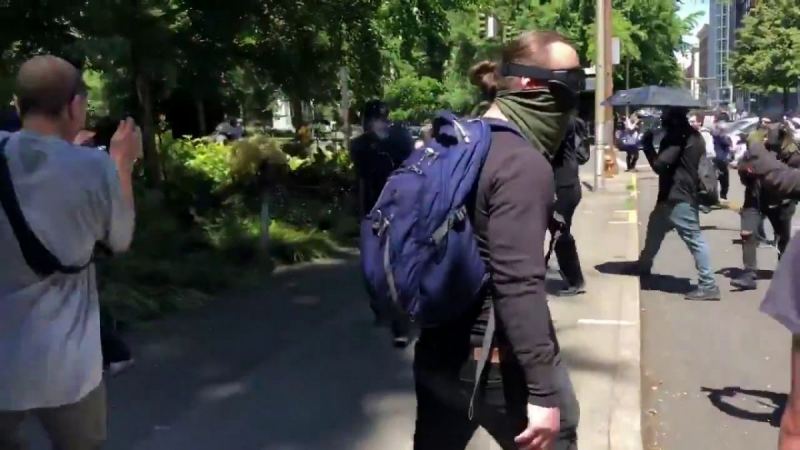 Two members of the political group Proud Boys have been tried and now convicted of attempted assault, attempted gang assault, and rioting from a fight that happened in New York City with Antifa members.

The Proud Boys is a group that allegedly is known for not starting fights, but finishing them instead.

In other words, they're not going to take the first swing, but once someone else does they're going to make sure that person is taken care of.

According to The New York Times,

That brawl mirrored clashes in other cities that had pitted far-right groups, calling for “free speech” or chanting nationalist and racist slogans, against leftists, including Antifa, who have physically confronted those they deem to be fascists or Nazis.

Although members of the male-only Proud Boys have battled leftists across the country, the trial in Manhattan appeared to mark the first time people connected to the group had been before a jury in connection to these incidents.

The Manhattan district attorney, Cyrus R. Vance Jr. said, “As violent extremism rises in America, a Manhattan jury has declared in one voice that New Yorkers will not tolerate mob violence in our own backyard."

The two men are facing a maximum sentence of up to 15 years in prison on the top count, attempted gang assault. They are scheduled to be sentenced in October.

Most of the trial focused on the video evidence of the brawl which showed the fight from various perspectives.

You know what's so crazy about this though, none of the "victims" took the stand. In other words, no one from Antifa pressed charges so technically there is no victim. If their accusers are not coming to trial then these men shouldn't be charged with any crime.

It's not the role of the government to be the victim. They can't be a vicarious victim for Antifa.

Reports say that there was a total of four Antifa members who were involved in the fight as well. The indictment refers to them only as Shaved Head, Ponytail, Khaki, and Spike Belt because no one was ever able to determine their names.

Even though the Antifa members should have been arrested they never were because they couldn't find out who they really were.