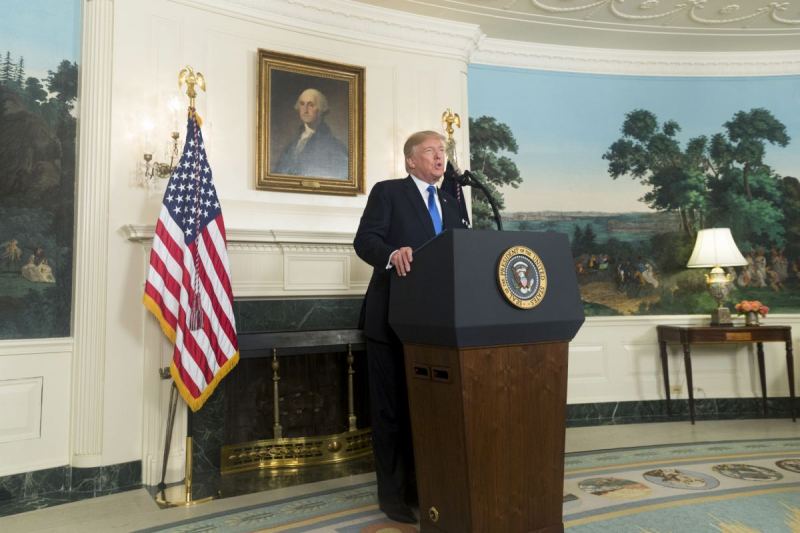 There is no doubt about it, Iran has shot down an American drone claiming it was flying over space that it shouldn't have been. The Revolutionary Guard of Iran, Commander Major General Hossein Salami, owned up to it saying, “The downing of the U.S. drone had an explicit, decisive and clear message that defenders of the Islamic Iran’s borders will show decisive and knockout reactions to aggression against this territory. Borders are our red line, and any enemy violating these borders will not go back."

The United States, however, said that the drone was flying in international waters over the Strait of Hormuz.

The U.S. Navy RQ-4A Global Hawk, an unmanned aircraft with a wingspan larger than a Boeing 737 jetliner, was brought down by an Iranian Islamic Revolutionary Guard Corps surface-to-air missile that was fired from near Goruk, Iran on Wednesday night, according to Lt. Gen. Joseph Guastella, head of U.S. Air Forces Central Command.

"This was an unprovoked attack on a U.S. surveillance asset that had not violated Iranian airspace at any time during its mission," Guastella said. "This attack is an attempt to disrupt our ability to monitor the area following recent threats to international shipping and free flow of commerce."

Guastella said at the time it was struck by the missile, the drone was operating at a "high-altitude" approximately 34 kilometers from the nearest point of land on the Iranian coast.

President Trump let everyone know on Twitter, that "Iran made a very big mistake!"

Iran made a very big mistake!

So what will this mean for the U.S. and Iran?

Is this going to lead to another war? Will they admit they were wrong to shoot it down? Did they make a mistake and shoot down this drone by believing it was truly over land it shouldn't have been over, or did they do it deliberately in an attempt to poke at the U.S. and urge us into a military response?

Hopefully, something diplomatic will take place that doesn't lead to an unnecessary war.