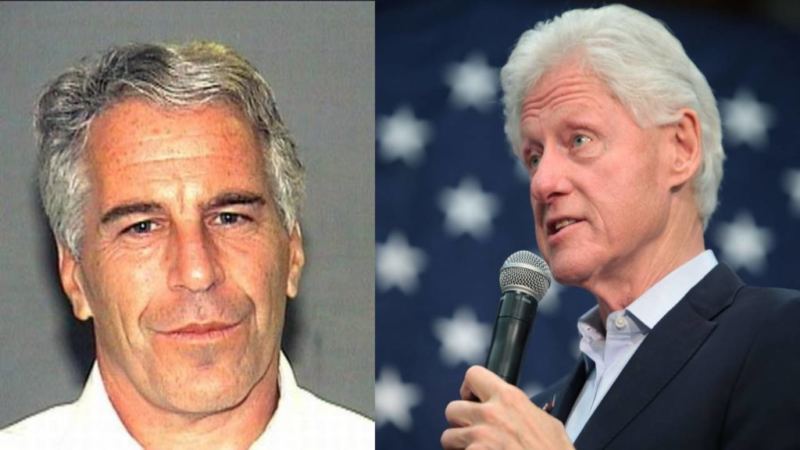 Not Only Did Clinton Fly On Epstein’s Plane 27 Times, Underage Girls Were On The Plane Most Of The Time

Not only was President Clinton on Epstein's pedophile plane rides nearly 30 times, but almost every single time he was on the plane there were also underage girls on the plane.

Conchita Sarnoff has spent over a decade investigating Jeffrey Epstein and his pedophile ring and sex trafficking.

She serves as the executive director of the Alliance To Rescue Victims of Trafficking.  ATRVT’s goal is to raise awareness of human trafficking.  ATRVT opened the first safe house for victims in Washington, D.C.

Sarnoff said, “I know from the pilot logs.  And these were pilot logs that were written by different pilots at different times, that Clinton went, he was a guest of Epstein twenty-seven times…

“…Doug Band was also on the plane many times.

“Many of those times Clinton had his Secret Service with him and, many he did not.  Almost every time that Clinton’s name is on the pilot log, there are underage girls.”

The details are just mind-boggling.

As for all those trying to tie President Trump’s Secretary of Labor, Alex Acosta, to dismissing Epstein’s predatory behavior with barely a slap on the wrist will, according to Sarnoff, come up empty.  Early in 2017 Ms. Sarnoff, wrote in the Daily Caller:

In spite of the influence peddling at the highest levels of government and the lax Non Prosecution Agreement, Mr. Acosta and his team should remain clear of any false misrepresentations. While at USAO, Acosta and his team accomplished three important goals — registration, restitution and jail time — when prosecuting the real criminal in this case, Jeffrey E. Epstein.  Although the penalties were not sufficiently lengthy given his alleged crimes or even federal in nature, the minimum mandatory guidelines under the Trafficking Victims Protection Act (TVPA)—Epstein’s case remained a State case—Mr. Acosta [a federal prosecutor] succeeded in penalizing Epstein and gave many victims the opportunity of civil restitution and therefore, emotional healing, two important elements in any prosecution.