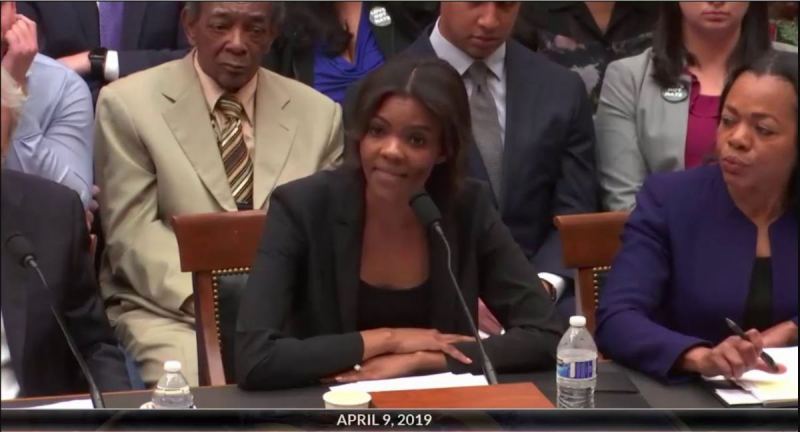 MUST WATCH! Candace Owens Explodes On House Judiciary Committee After Trying To Say She Supports Hitler

WOW! Things really got heated Tuesday during a hearing on online hate speech when House Representative Ted Lieu tried to pin her as saying that she sided with Hitler.

Representative Ted Lieu selectively played a short excerpt from a question she had answered regarding Nationalism and Hitler.

“In congressional hearings, the minority party gets to select its own witnesses," Lieu began. "Of all the people the Republicans could’ve selected, they picked Candace Owens. I don’t know Miss Owens; I’m not going to characterize her; I’m going to let her own words talk.”

Lieu then produced a cellphone and played a short clip of Owens' previous remarks at a conference in December, which were widely circulated in February: “I actually don't have any problem with the word 'nationalism.' I think the definition gets poisoned by elites that want globalism. Globalism is what I don't want.  When we say ‘nationalism,’ the first thing people think about — at least in America — is Hitler. You know, he was a national socialist, but if Hitler just wanted to make Germany great and have things run well, OK then, fine. The problem is, he had dreams outside of Germany. He wanted to globalize. He wanted everyone to be German. ..."

Owens is then given a moment to respond to what was said of her by Rep. Lieu in which she says, "I think it’s pretty apparent that Mr. Lieu believes that black people are stupid and will not pursue the full clip in its entirety."

She is then interrupted by Chairman Nadler and is told that she is not to speak disparagingly of a member of the committee.

Chairman Nadler was accusing Owens of calling Rep. Lieu stupid, but that's not at all what she said and she calls Nadler out on it. How does he respond? He just shrugs his shoulders.

Just like a good for nothing liberal and can't admit wrongdoing even when caught in the act. Just shrug.

What Owens finally went on to say was, "As I said, he is assuming that black people will not go and pursue the full two-hour clip. He purposefully cut off -- and you didn't hear the question that was asked of me. He's trying to present as if I was launching a defense of Hitler in Germany, when in fact the question that was presented to me was pertaining to whether I believed in nationalism, and that nationalism was bad. And what I responded is that I do not believe we should be characterizing Hitler as a nationalist. He was a homicidal, psychopathic maniac that killed his own people. A nationalist would not kill their own people. ... That was unbelievably dishonest, and he did not allow me to respond to it."

Watch the clip below to see the full video.