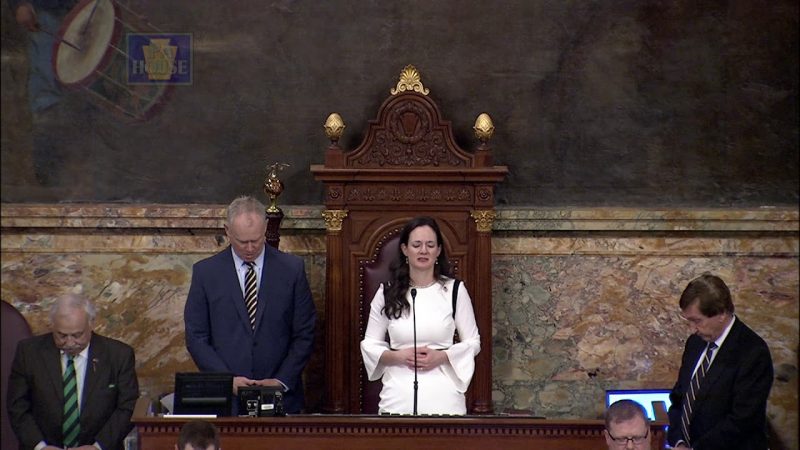 Another day, another person offended.

This time it's a Muslim saying it's offensive for a Christian to pray to Jesus Christ.

The first Muslim representative elected to the Pennsylvania legislature is demanding an apology from another member who began their session with a prayer to Jesus Christ, calling it "highly offensive."

Rep. Movita Johnson-Harrell said that she and her family were greatly offended at the prayer that had overt worship of Jesus Christ.

John-Harrell is quoted as calling the prayer, "highly offensive to me, my guests, and other members of the House."

"It blatantly represented the Islamophobia that exists among some leaders — leaders that are supposed to represent the people," Johnson-Harrell said in a statement to the Pennsylvania Capital Star. "I came to the Capitol to help build bipartisanship and collaborations regardless of race or religion to enhance the quality of life for everyone in the Commonwealth."

But when a Christian prays to her God, it's Islamophobic?

Even Jordan Harris had to open his mouth for whatever reason. Read what he says, and see if my previous statement isn't true:

"Today, we saw religion weaponized in the House chamber in what could be considered a gross attempt to intimidate, demean and degrade a Muslim state representative in the presence of her family, friends and guests.

"On a day that should be celebrated across Pennsylvania as we see the first Muslim woman sworn into office. We instead started off with a rambling, at times incoherent prayer that consisted of weaponizing the name of Jesus while dipping into partisan rhetoric of President Donald Trump."

That's why this fake offense can't be taken seriously, nor can the people who claim it.

This is the complete video of the prayer that Johnson-Harrel said is so offensive: