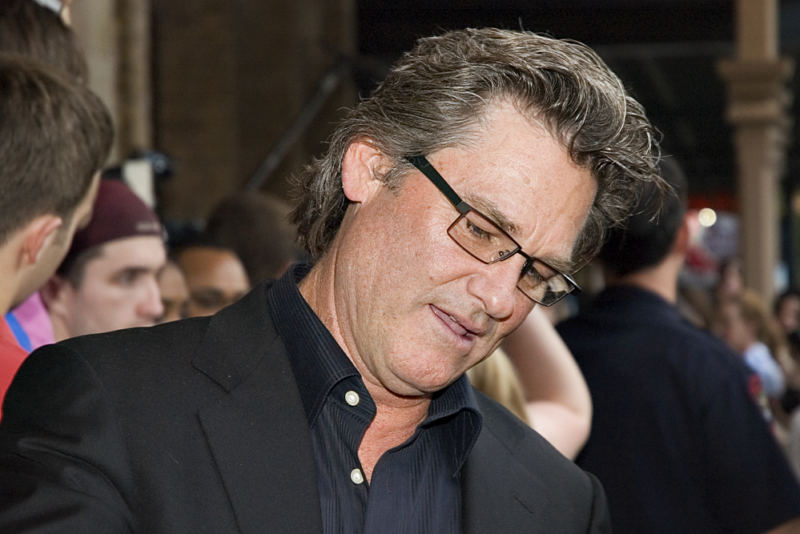 Kurt Russell rarely discusses his political views publicly, but he also responds to a recent contentious interview he did on gun control.

I have my political point of view, of course; I’m an American and I’m entitled to it. But I don’t like espousing it publicly. I’m very vocal with my friends, and they’ll tell you that. But this guy just wouldn’t stop. He just went down this road and I went, “OK,” and tried to bring it back a couple of times to the movie but he just wasn’t having it.

He got into the whole thing about how gun control was somehow going to fix terrorism, and I was like, “Dude, I just don’t get that thinking!” It reminds me sometimes of being a parent. Let’s say you’re the parent of a kid who’s getting bullied at school. Your kid is getting punched around and he comes home and tells you about it, and your response is to say to your kid, “Now, are you sure you haven’t done something to make him mad? Are you sure you didn’t do anything to anger him?”

Russell goes on to discuss the political atmosphere in Hollywood with the  “faux-libertarians”, “faux-liberals”, and “faux-conservatives”.

He also discusses his own personal views.

“When I was a young guy, I was finding myself not quite being able to see the things that were going on and buy into a political culture. I didn’t know what to do, so I finally said, “Why don’t I go back and see what the Founding Fathers were all about, and see how that stacked up.” Well, I found them and I found Libertarianism.”

Now on the lighter side of things, take a look at this video of Russell on James Corden's show where he can hardly contain himself after hearing of Russell's amazing stories he had with celebrities as a kid: