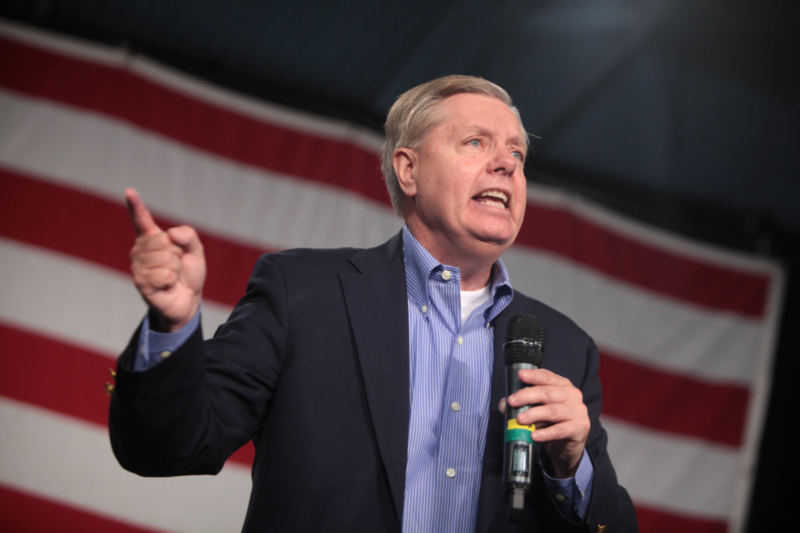 During an interview on the Hannity show, Lindsey Graham spoke with Sean Hannity about a number of current issues.

Some of the points discussed were CNN's hiring of Andrew McCabe, the Inspector General Report on James Comey, as well as the Russian collusion conspiracy and what role Barack Obama played in it all.

In fact, Senator Graham is wanting the former president to testify about what he knew and when he knew it.

Hannity asked Graham, "Would you agree with Andy McCarthy that any counterintelligence investigation has to have a President behind it and Strzok and Page referred to the White House wanting to know every detail. Does that mean that Barack Obama, the president at the time should be asked what he knew and when he knew it about all this?"

Graham replied, "I can't imagine an investigation of the Republican nominee for president. Counterintelligence investigation of his campaign was not approved at the highest level. I cannot imagine it happening without somebody in the White House knowing about it. And the question for me is who told Obama. And when you find out who that person is you begin to put the puzzle together."

Hannity continued to press Graham, "Do you think he needs to be asked those questions, sir. Under oath?"

He continued by noting that he had been mistaken in assuming that the DOJ and FBI would not take an uncorroborated piece of political opposition and take it to a federal court to secure a surveillance warrant, noting, “In every investigation, the investigators always think that their bad guys are the worst bad guys in the history of bad guys. And what you always need is the adult supervision of leadership, headquarters, whether it’s at the Justice Department or the FBI to police the inevitable tendency people have to push the envelope.”

He added, “I think what happened here is that supervision became the investigator. And when they pushed the envelope, there was nobody there to tell them no.”