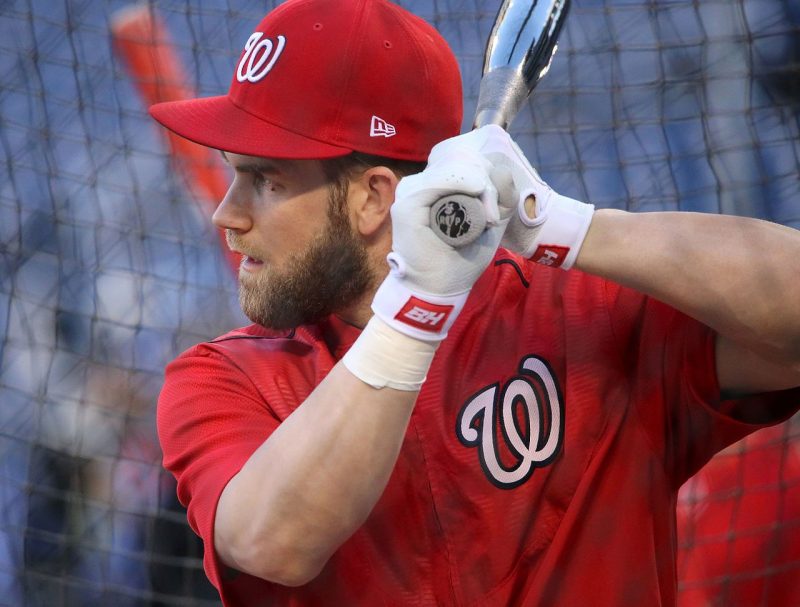 Liberals ruin everything. But we already knew that, didn't we?

This time they ruined the chances of a California based Major League Baseball team from landing one of the top players in the league.

Recently, Bryce Harper from the Washington Nationals, who was a free agent, decided to take a deal with the Philadelphia Phillies for $330 Million for 13 years.

We've learned that Harper was also in talked with the San Francisco Giants, but there was a problem there with the money.

Reports indicated the Giants moved a 12-year, $310 million deal across the table — but Harper and his agent Scott Boras pushed it back. Not enough dough, apparently.

Bob Nightengale, USA Today’s baseball columnist, said Harper and Boras wanted at least $335 million over 12 years from the Giants — and all because of California’s exorbitant income tax rate, by far the highest marginal rate in the U.S.

And USA Today sports columnist, Bob Nightengale said the following in a tweet, "The #SFGiants offered $310 million over 12 years for Harper, confirming @PavlovicNBCS report. The Giants would have had to go at least to $335 or even higher, they were informed because of exorbitant California taxes"

The #SFGiants offered $310 million over 12 years for Harper, confirming @PavlovicNBCS report. The Giants would have had to go at least to $335 or even higher, they were informed because of exorbitant California taxes

The Blaze continued to say,

California taxes its residents 12.3 percent on income of $572,981 and above and an additional 1 percent for those making $1 million or more per year — what’s known as the mental health services tax — putting such earners on the hook for a 13.3 percent state income tax rate.

Had Harper signed for the Giants for $310 million over 12 years, he would’ve owed California about $3.4 million in taxes per year — or over $41 million in taxes over the course of his contract.

By contrast, Pennsylvania has a flat tax rate of just 3.07 percent. If Harper ends up living in the Keystone State, he’ll owe about $780,000 in taxes per year — or just over $10 million in taxes over the course of his Phillies’ contract.

So in the end, Bryce Harper will get to keep an extra $31 Million of his money by going to Philadelphia instead of letting the government steal it over in California.

Liberals thing rich people won't leave if they start taxing the crap out of them? Watch and see what happens.