I don't understand how these racist articles ever get published in the first place. But I guess it makes sense since it's a college newspaper and our Education system is practically set up to create radical Liberals. But this article really takes the cake. Opinion Writer Kenny Allen claims white people are subconsciously racistly walking on the sidewalk. And here I thought walking was a neutral act...

"Opinion editor Kenny Allen wrote the Daily Northwestern article, "Are the sidewalks at Northwestern too white, too?" which asked if white people walked on sidewalks certain ways because of racism.

“When I first got to Northwestern, I wondered why walking around on campus could be so frustrating," he wrote. "Even when sidewalks were relatively empty, I would often have to walk way around people to pass without bumping into them."

"At first," he reasoned, "I chalked it up to the geographic diversity of the school; maybe the people that came to this school were used to different ways of moving through a public place."

After discussing the problem with his other black friends, Allen said, he concluded that "people at this predominantly white school would not move out of our way on the sidewalk."

"That social order required black people to yield to white people whenever possible," he wrote. "Black people were made to show deference to white people anytime they interacted. One of the ways they were made to do so was by stepping off the sidewalk when a white person was walking past. The informal rules are passed down through generations just like any other kind of etiquette."

This is just ridiculous. We are all trying to get to our destinations. This is a very egotistical view Allen has here. I'm sure no one is thinking about blocking him in most, if not all cases. The world does not revolve around Allen or anyone, we are all just trying to do our best. The writer here was overreaching with this one and trying to find racism when there is none present. 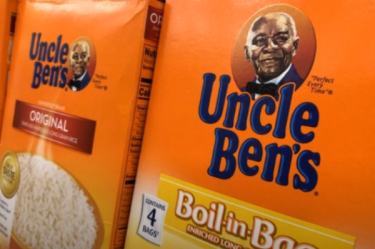