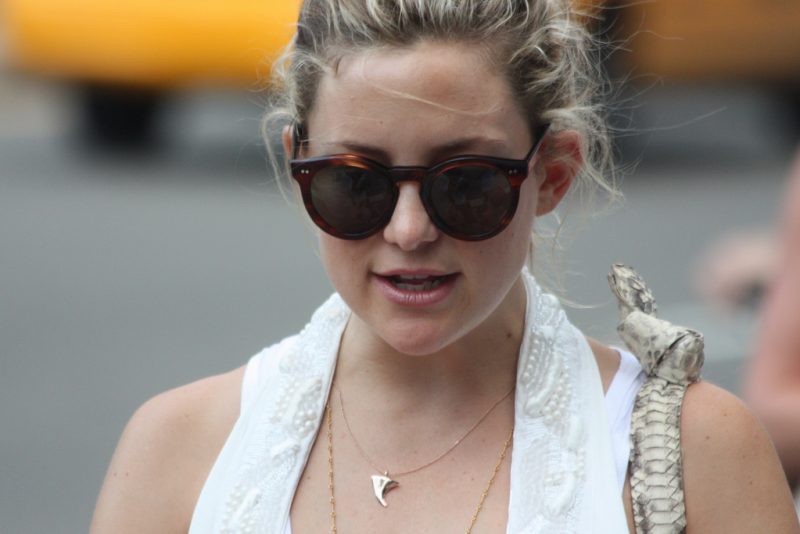 Another case of child abuse has made it ways into the news to be celebrated by perverted liberals.

Kate Hudson made it known that she is raising her newborn daughter, Rani Rose, to be "genderless".

Already the mother of two sons from another man, she was asked if she does anything differently when it came to parenting a girl as opposed to the two boys. She replied,

“[Having a daughter] doesn’t really change my approach, but there’s definitely a difference."

"I will say that, right now, she is incredibly feminine in her energy, her sounds and her way. It’s very different from the boys, and it’s really fun to actually want to buy kids’ clothes."

"With the boys it was just like onesies … actually, I did pretty good with the boys. But with her it’s a whole other ball game. There’s some stuff that I’m like, 'I can’t do that to her, because it’s so over-the-top.'”

We all know how damaging this is going to be on this little girl, but what's more ridiculous is that when Rani was born, she shared on Twitter, "She's here".

Doesn't this contradict what you just said about raising her "genderless"? You just called her a "she".

What's more is she also said, "We have decided to name our daughter Rani (pronounced Ronnie) after her grandfather, Ron Fujikawa. Ron was the most special man who we all miss dearly. To name her after him is an honor," calling her a daughter, which is a female.

Hudson’s interview comes as a number of states – including California, Washington, and Oregon – have ushered in legislation that provides those who do not identify as either male or female to choose a third category for their birth certificates.

I hope one day our kids will be able to look back on these times and say to themselves, "What were they thinking?"