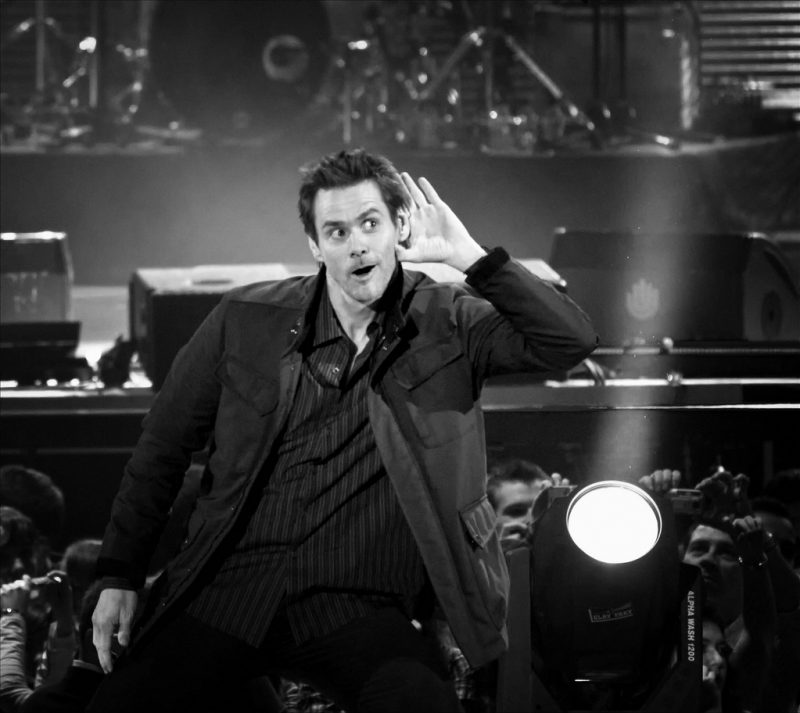 Jim Carrey has not been one to hide his hatred for President Trump. Rather, he's been very open about it, even going so far as to make art expressing his hate.

So much for the tolerance movement, am I right? That doesn't seem very tolerant.

On Wednesday, Jim Carrey took to the internet to his artwork and to insult supporters of the President's decision to fight to secure our borders.

"Remember Trump’s loyal zombies chanting, “Build That Fence” at his rallies??? Me neither!"

And the more you look at Carrey's Twitter feed, the more you realize how much of a snowflake die-hard ignorant liberal he really is.

The comedian, who has unleashed numerous attacks on Trump and his administration in the past year, this time went after his supporters.

It appears the 56-year-old was addressing reports that the wall Trump wants to build between Mexico and the United States may actually be more like a fence.

This isn't the worst he's done though. He's called President Trump a cancer, compared Republicans to rapists, and accused Christians of false morality and saying they're all about power.

"These are not people you can deal with. You cannot be bipartisan with a criminal. A rapist needs to be removed, not negotiated with. These people are raping our system, they're destroying it right in front of us. This corrupt Republican Congress that was.... These people have to be removed from our system because they're bad for us.

Trump is a melanoma, and anybody that covers for him, including [press secretary] Sarah Sanders, is putting makeup on it. It shows that there's a deeper problem in this country, and that problem is greed.

I think they're going to find out once and for all that the Christian right has never been about morality, it's been about holding on to power and using morality to do so."

You can consider me for one, no longer a Jim Carrey fan. The man is full of hate and ain't nobody got time for that.