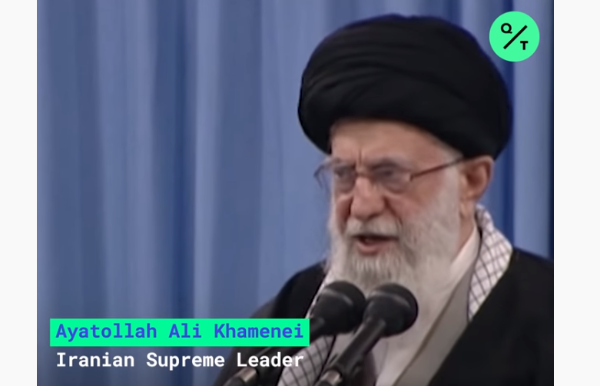 Biden is still hellbent on making a new Iran Nuclear deal that looks just like the last but this time, Iran might have its terrorist alerts removed. A group of more than 500 Iranian American scientists urged Biden not to lift the security measure Tuesday. They authored a letter pleading with psycho Joe to do the right thing and leave the Islamic Revolutionary Guard Corps on the U.S. list of foreign terrorist organizations.

"Iran has demanded sanction relief and the removal of its top military branch from the U.S. list of designated terrorist groups – an idea the administration has reportedly considered in exchange for regional peace.

"This regime has survived on two pillars," University of Connecticut professor and dean of the School of Engineering, Kazem Kazerounian, told Fox News Digital. "One is repression at home and terrorism abroad. IRGC has been the main instrument in securing its survival and pursuing these two sinister objectives.

"That’s why they are so keen on removing IRGC from the FTO list," he added.

The letter, led by Kazerounian and signed by another 501 Iranian officials, claimed the IRGC not only "safeguards" Iran’s dictatorship but impedes any progress of human rights advancements.

The Revolutionary Guard was first sanctioned in 2007 for providing support to external terrorist organizations in the region and was then added to the FTO list in 2019 for "fuel[ing] terrorism, violence and unrest across the Middle East."

Usually, I wouldn't think any US President would be crazy enough to remove Iran from the terrorist watch list, but this is Biden. His Captain Ahab's efforts to bring back Obama's tired Iran Deal could put us all in very real danger. If removed, members of the Islamic Revolutionary Guard Corps will be free to travel to the US—Just like before that horrific day on September 11th.