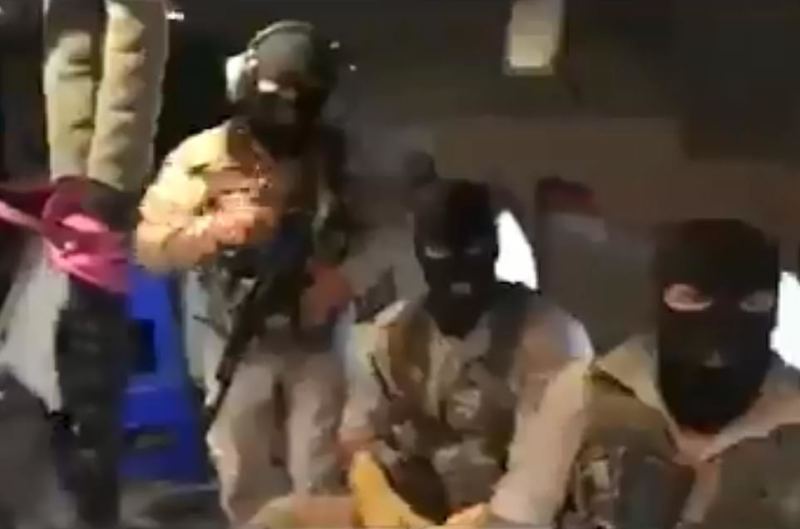 In an unbelievable act, members of the Iranian Revolutionary Guard seized a British oil tanker.

Members from the Iranian Revolutionary Guard rappelled from a helicopter to seize the tanker and to show their defiance of the UK, they hoisted an Iranian flag over the vessel.

The Iranian flag has been hoisted over seized British oil tanker Stena Impero, in new footage broadcast on state TV.

Footage also shows Iranian armed forces patrolling the decks of the oil tanker after the Iranian Revolutionary Guard seized it in the Strait of Hormuz at 4 pm on Friday.

The clip seems to have been recorded in the southern port of Bandar Abbas, where an Iranian official earlier confirmed the 23-strong crew of the British tanker were "safe and in good health"

It comes after dramatic audio emerged of the moment a British warship ordered Iranian special forces not to board the previously UK-flagged oil tanker moments before it was hijacked. (Dailymail)

Audio has emerged of a radio exchange between Iranian and British naval authorities before Iran’s Revolutionary Guard seized a UK-flagged oil tanker in the Strait of Hormuz, according to CNN.

In the exchange, an Iranian vessel apparently tells a frigate with the British Royal Navy to “alter its course,” telling the frigate it needs to inspect the Stena Impero for security purposes, according to the network.

The British vessel responds that under international law, the tanker “must not be impaired.”

"International law requires that the right of transit passage shall not be impeded, and therefore the Iranian action constitutes illegal interference," the UK said in a letter seen by CNN.

The U.K. has since called multiple emergency meetings with national security employees to determine what course of action to take next.

This isn't looking good for Iran.