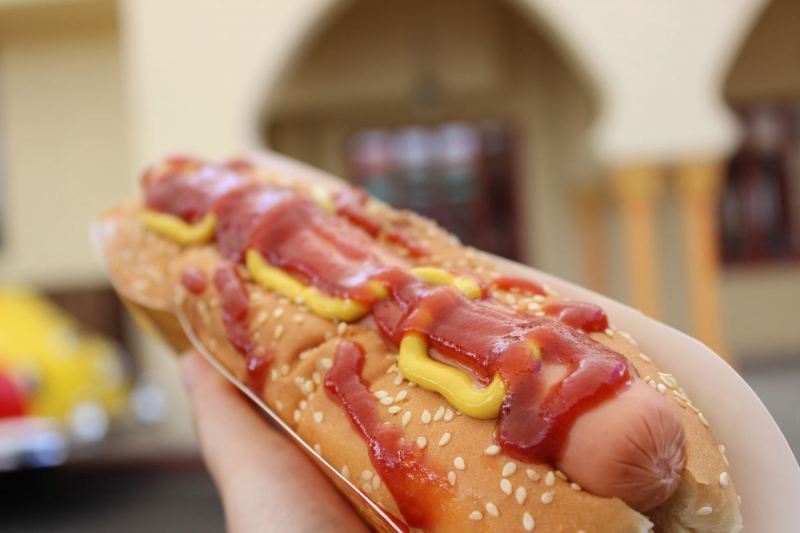 If You Like Hot Dogs and Live In New York City You'd Better Leave Now, Here's Why

With Mayor Bill de Blasio in charge of New York City, the whole place is slowly getting flushed down the toilet.

It seriously seems like the city is becoming something resembling an immoral tyrannical carnival or circus show.

Think just keep getting worse also. On Monday, de Blasio gave his approval for a plan to combat climate change.

They decided to enact their own Green New Deal, except this is stupid...oh wait, so is the other one.

Here's some bad news though for hot dog lovers. The plan includes a goal of eliminating all processed meat from city-owned property.

According to NYC’s Green New Deal, hot dogs must go if New Yorkers want to maintain a “livable climate.” The plan details the city’s goal of “reducing the purchasing of beef and phasing out the purchasing of processed meat” from all city-owned facilities.

Similar to Ocasio-Cortez’s plan to “fully get rid of farting cows,” New York City aims to reduce the need for cows because of their production of the greenhouse gas methane.

As IJR previously reported, this is not the first time that meats have been on the chopping block for New York City, as they also implemented “meatless Mondays” for all public school lunches.

There are further problems with the plan also. Mayor de Blasio said that New Yorkers should start preparing to make some big sacrifices to save the planet because we "have such a short time" to do something about it. According to all the looney toons, we only have 12 years left on this planet if we don't drastically do something different.

"It is a difficult plan. It is a necessary plan. ... Estimates that tell us that we have only 12 years to get it right. Let’s be clear, we have until 2030 to change things fundamentally, or our lives won’t be the same,” de Blasio said.

In fact, de Blasio said that if the crazy ideas in this $14 billion plan isn't enough to reduce carbon emissions, he'll consider expanding it even more! What's he planning on doing, fining people for passing gas? This guy is nuts!