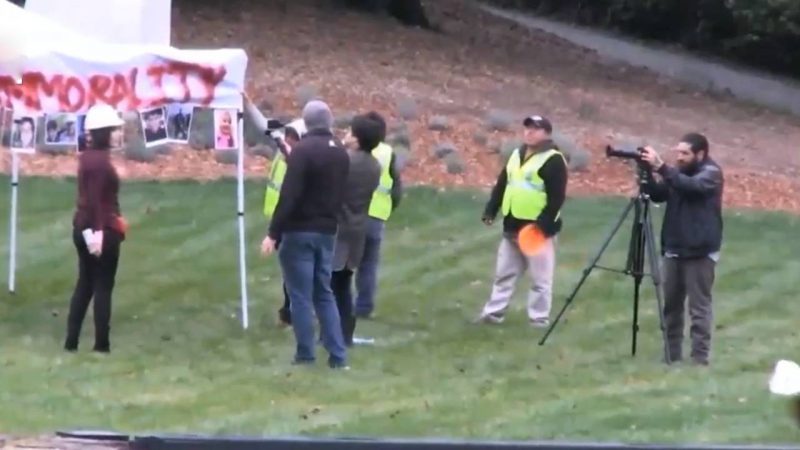 The partial government shutdown over border security has been going on for over three weeks now and it's all because Speaker of the House Nancy Pelosi and Chuck Schumer, who are leading the battle for the Democrats on this, are unwilling to allow a few extra billion dollars to fund building a wall along the southern border.

The amount we're talking about is equal to less than 1% of the total budget.

Democrats are merely just showing how much they hate the President and how unwilling they are to actually work together with Republicans. They only want to carry out their own agenda.

However, Nancy Pelosi proved herself to be a HUGE hypocrite Monday as she did the very thing she's supposed to be against, she had illegal immigrants removed from her property.

Laura Loomer, who is an investigative journalist, decided to bring some illegal immigrants to Pelosi's home on Monday.

Pelosi — who has been unwavering in her opposition to funding a wall along the southern border, which she's classified as an "immorality" — reportedly had Loomer and the illegals removed from her property.

Loomer, accompanied by illegal immigrants from Guatemala and Mexico, lugged a tent onto Pelosi’s multimillion-dollar vineyard estate, freelance journalist Nick Monroe reported Monday. In large red letters, the word "immorality" was written across the tent; there were also photos of murder victims of illegal immigrants hanging from the front of the tent.

Loomer even live-streamed the whole thing, even taking the time to read each of the victims’ names and reiterate that these people were not welcome in "sanctuary state California" during the live-streamed event.

At one point, Loomer went to check to see if Pelosi had her front doors locked because "only bigots lock their doors."

Laura Loomer finds a way to top handcuffing herself to Twitter headquarters pic.twitter.com/Bhfj0zQY0T

Loomer and the illegal migrants chant "NANCY NANCY" as they go to see if Nancy Pelosi locks her front door pic.twitter.com/vOq97OtYcs

Livestreamer explains the tent has pictures of people who died at the hands of illegal immigrants pic.twitter.com/6MDTpjBxqp

At one point when police officers asked for ID from everyone including the illegal immigrants, Loomer tells the officers, "I was told IDs were racist. I'm so confused."

Everyone was later forced to leave Pelosi's property and the illegal immigrants were ticketed instead of being detained.

You can watch the full video below.