This is what happens when you let Dems like Governor Gavin Newsome lead your state.  A homeless man wearing a Santa Claus hat went into a store and just loaded his bag with all the Bicardi it would fit. He then proceeded to walk out without a care in the world. And that's because California has practically decriminalized stealing.

“Transient in Santa hat helping himself to free bottles of liquor courtesy of George Gascón at the Target on Hollywood Blvd in Hollywood,” the account tweeted. “What about the mask mandate and no smoking indoors? That must just be meant for the rest of us that follow the rules.”

"We probably shouldn’t call it shoplifting anymore, since that term connotes the idea of a person trying to conceal their crime. In San Francisco, there is no attempt to conceal theft, and there is almost never any effort by store employees, including security personnel, to confront the thieves. The most they do is record the thefts with their cell phones."

Transient in Santa hat helping himself to free bottles of liquor courtesy of George Gascon at the Target on Hollywood Blvd in Hollywood. What about the mask mandate and no smoking indoors? That must just be meant for the rest of us that follow the rules. pic.twitter.com/7WFOXRif4D

Why is shoplifting so rampant? Because state law holds that stealing merchandise worth $950 or less is just a misdemeanor, which means that law enforcement probably won’t bother to investigate, and if they do, prosecutors will let it go.

Why won’t store employees do anything about this theft? Because they don’t want to take the risk. I doubt many would, knowing that a Rite Aid employee was murdered recently after trying to stop two thieves. Moreover, a confrontation within the store risks harming not only store staff but also customers, so employees are almost certainly instructed by their managers to do nothing.

Because of this law, California is extending an open invitation to anyone to walk in and take. Just like that—since they know that police or prosecutors won’t bother with a misdemeanor complaint and that store personnel won’t stop them."

A report last week showed that more people are leaving California because of liberal laws and fewer people are moving there:

“Every region in the state has had entrances go down by anywhere from 25 to 45%, but we're seeing that it's especially pronounced in the San Francisco Bay Area,” said Evan White, executive director of the California Policy Lab and co-author of the study.

All 58 counties in the state have seen a drop in out-of-state entrances and most counties saw an increase in the number of people leaving the state. 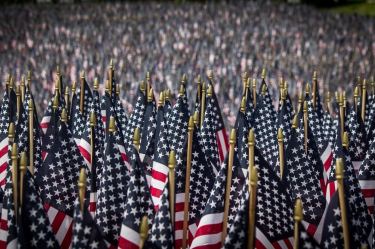 Thief Has A Change Of Heart Over American Flag Theft. 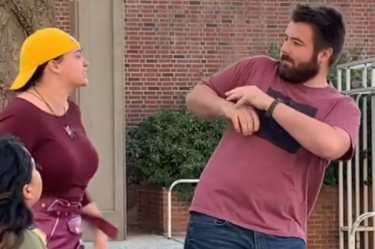