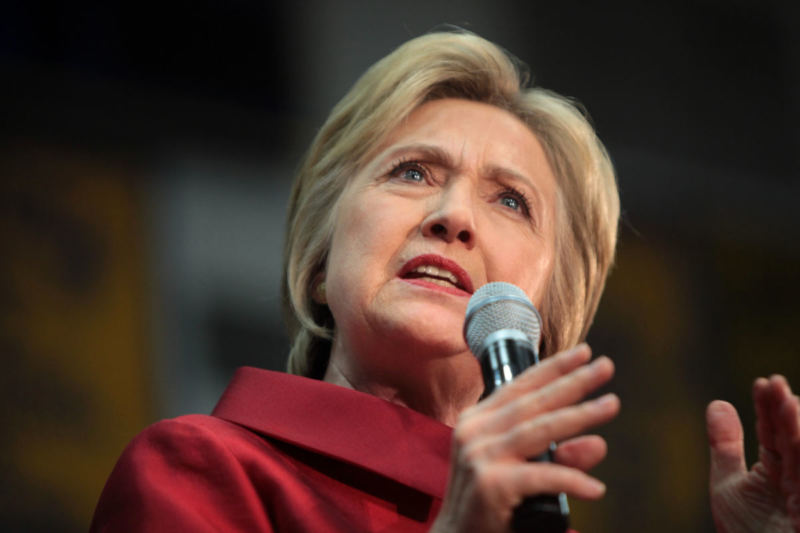 Just when you think Hillary Clinton actually did something right by deciding not to run for president in 2020, it seems as though maybe she just can't help herself and do something stupid like run again.

Her and her husband's former senior advisor said that she's not going to stop even though she's losing just as much as Ross Perot did.

Mark Penn, a pollster and senior adviser to former President Bill Clinton and ex-Secretary of State Hillary Clinton from 1995-2008, and Andrew Stein, a former Manhattan Democratic party figure and New York City Council president, wrote Sunday in a Wall Street Journal opinion piece that the 2016 Democratic presidential nominee would not let "two stunning defeats stand in the way of her claim to the White House."

"Mrs. Clinton has come unbound. She will not allow this humiliating loss at the hands of an amateur to end the story of her career," Penn and Stein wrote of President Trump, explaining how Clinton would re-package herself as a more liberal "Hillary Clinton 4.0." "You can expect her to run for president once again. Maybe not at first, when the legions of Senate Democrats make their announcements, but definitely by the time the primaries are in full swing."

"Mrs. Clinton has a 75% approval rating among Democrats, an unfinished mission to be the first female president, and a personal grievance against Mr. Trump, whose supporters pilloried her with chants of 'Lock her up!' This must be avenged," the pair continued.

It was rigged in favor of Clinton winning. Yet, despite her collusion with Russia, the fake Steele dossier, Uranium One, leaking classified information to foreign entities, cheating so Bernie Sanders wouldn't get the nomination in the DNC, there were so many people who wanted Trump to be president over and against Clinton that an overwhelming number of Americans came out and supported Trump thereby electing him to office.