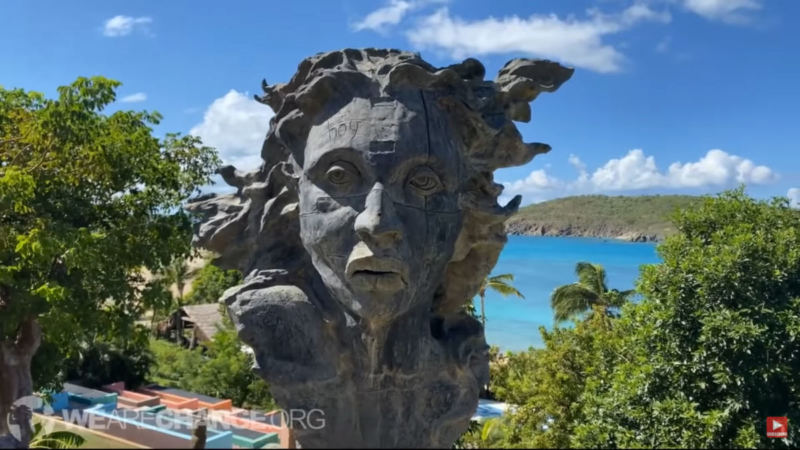 The two men, Luke Rudkowski and the Dollar Vigilante’s Jeff Berwick snuck onto Little St. James Island showing much of the island and describing many of the things they saw.

In the past, there has been drone footage taken of the island, where Epstein and other high-profile people like Bill Clinton and Prince Andrew took part in some likely pedophile activities. But this video is more than what has been seen in the past.

Some of the interesting things shown in the video are bizarre gargoyles found around the island, the secluded “massage” area, and Epstein’s infamous temple.

As noted by the reporters, Epstein allegedly spent $20,000 per palm tree in order to create utter seclusion around the “private massage area.”

Additionally, the temple looked like something one might see on a “Hollywood set,” they noted. The door on the “temple,” for example, was not a door, but merely painted on.

So are the guys suggesting that there really is no entry into the "temple"? Because I would bet that there is and that there is a reason why it seems that there is no door on it. That's bound to be the location where so many pedophile activities took place away from everyone else.

The guys also said that there were still people on the island, but they didn't know who was there. Someone said they saw golf carts and heard people screaming on the island.

You'll actually notice in the video that one of the men tells the others to run and hurry to get off the island when he starts seeing the other people on the golf carts. In fact, at the very end of the video, you can see someone on a golf cart sitting at the water's edge.