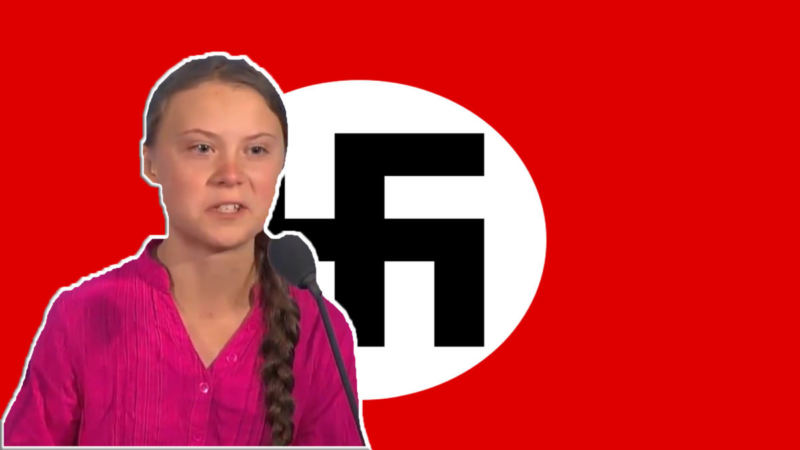 Greta Has Now Become a Fascist, Calls On Facebook To Silence Her Critics

The teenage girl that has captured the hearts of braindead liberals everywhere is now calling for the censorship of any views that oppose her own.

“I am, like many others, questioning whether I should keep using Facebook or not. Allowing hate speech, the lack of fact checking and of course the issues of interfering with democracy…are among many, many other things that are very upsetting. The constant lies and conspiracy theories about me and countless of others of course result in hate, death threats and ultimately violence. This could easily be stopped if Facebook wanted to.

I find the lack of taking responsibility very disturbing. But I’m sure that if they are challenged and if enough of us demand change – then change will come.”

She says that people aren't fact-checked, but that's not really the problem at all. I know that's what she argues and Alexandria Ocasio-Cortez argues, and basically any liberal because if something doesn't agree with their policies or their ideologies, then that most certainly means it hasn't been fact-checked or it's just a flat out lie, right?

That's what they want you to believe, but we're not falling for that trick. This is nothing more than a call to silence anyone with a dissenting view from their own. They're not really advocates of free speech, free thought, or free expression.

Musk said last month that Thunberg has “better reasoning & more heart than the vast majority of political leaders,” whereas Hillary called her a “gutsy woman” and former president Obama praised the 16-year-old as “one of our planet’s greatest advocates.”

Yet Ms. Thunberg is finding criticism enervating, suggesting that those who oppose her crusade are “interfering with democracy” and should be censored by Facebook.