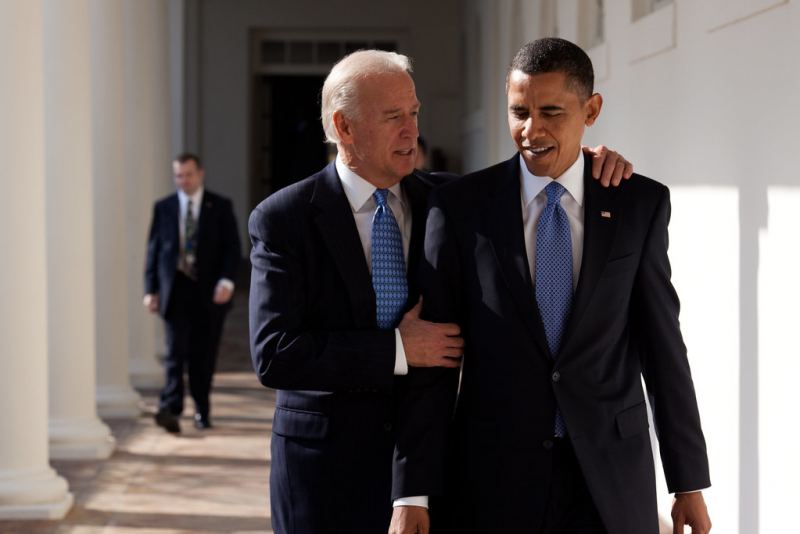 Before you read any further, remember that polls are normally biased toward liberals and that polls also fluctuate causing to be very inaccurate.  A prime example would be to just look at the sheer number of polls that were so confident that Hillary was going to win the election in 2016.

Well, here's some more false hope for the Democrats to hold onto going into 2020.

Democrats are desperate for a candidate that can beat President Trump in the upcoming election, but they don't have one. The best they have is Joe Biden who is a creepy old man who hits on every female he sees and lies about bribing foreign politicians even though it's captured on video, and Elizabeth Warren who is where she is today because she lied her way through college claiming that she is a Native American.

According to Fox News Poll,

In the nomination contest, Biden receives the backing of 24 percent of Democratic caucusgoers, followed by Sanders and Elizabeth Warren each at 18 percent.

Next is Pete Buttigieg at 8 percent, Tom Steyer at 5 percent, Kamala Harris at 4 percent, Andrew Yang 3 percent, and Tulsi Gabbard and Amy Klobuchar at 2 percent apiece. Cory Booker and Julian Castro each get 1 percent.

The top picks among Hispanics are Sanders (31 percent) and Biden (24 percent), with Warren a distant third (10 percent). Buttigieg garners 1 percent.

The poll also shows that the majority of Nevada voters don’t support Democrat’s impeachment pursuit. Showing that 46% of their voters are against it but 43% want him impeached and removed. There is a tiny margin of 4% who voted to impeach but not remove.

It looks like this poll is based on just one state, and it was held by Fox News, so take it with a grain of salt. However, if these numbers reflect the majority of voters in the United States, 2020 is shaping up to be the race of a lifetime.

Remember also, Democrats are desperate to get Trump out of office and will stop at nothing, hence the current impeachment inquiry. It's been witchhunt after witchhunt, so just don’t expect this to be a clean fight at all from the Democrats.