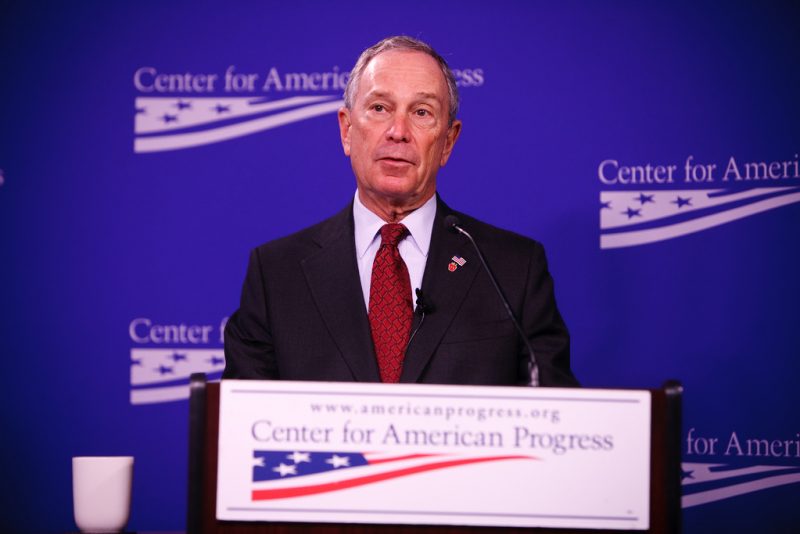 The news has been floating around for some time now.

People have been wondering whether billionaire and former NYC mayor, Michael Bloomberg would make a run against President Trump in the coming 2020 election.

Well, Bloomberg has finally made his decision...and he will NOT be running for President of the United States in 2020.

Former New York City Mayor and billionaire Michael Bloomberg announced Tuesday in an editorial for Bloomberg News that he will not be running for president in 2020.

Although he had initially been registered as a Democrat, Bloomberg ran for mayor of New York City for all three of his terms as a Republican, though he did briefly switch to being an independent in 2007. He registered as a Democrat again in October, and has been a frequent critic of President Donald Trump. He spent $100 million to elect Democrats to the House in 2018.

Bloomberg said the following Tuesday in his announcement,

"As I've thought about a possible presidential campaign, the choice before me has become clear. Should I devote the next two years to talking about my ideas and record, knowing that I might never win the Democratic nomination? Or should I spend the next two years doubling down on the work that I am already leading and funding, and that I know can produce real and beneficial results for the country, right now? I've come to realize that I'm less interested in talking than doing. And I have concluded that, for now, the best way for me to help our country is by rolling up my sleeves and continuing to get work done."

Bloomberg has stated recently that he is willing to put up $500 Million in order to defeat President Trump regardless of who the candidate was. Whether it be him or another, he doesn't' care. The only thing he cares about is that Donald Trump is no longer President following the election.