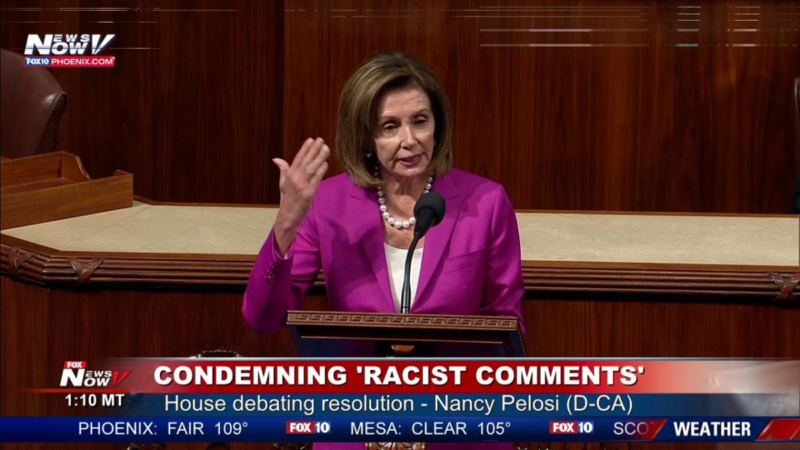 FIGHT ERUPTS In House of Reps. As Things Gets Out of Order

Once again, the battle wages on among the Democratic Party.

On Tuesday, a resolution was passed condemning President Trump's so-called "racist" comments regarding on telling the socialist representatives to go back to the countries they came from originally if they don't like the United States.

The socialist squad has been making fools of themselves and saying hateful and anti-American things.

Well, during the talks on the floor, a fight broke out in which House Speaker Nancy Pelosi had to be ruled out of order for a breach of decorum.

The unexpected mayhem in Congress, which briefly resulted in the revocation of Pelosi's speaking privileges on the House floor, left commentators and lawmakers stunned. "So, Democrats vote to break House rules and decorum, so that they can call Trump out on decorum. Surreal," wrote Wall Street Journal columnist Kimberley Strassel.

Michigan Rep. Justin Amash, who recently left the Republican Party after calling for Trump's impeachment, also voted yes. The rest of the Republicans voted no.

"There is no place anywhere for the president's words, which are not only divisive, but dangerous -- and have legitimized and increased fear and hatred of new Americans and people of color. It's so sad because you would think that there would be a given that we would universally, in this body, just say, 'Of course. Of course.'"

Pelosi continued, "There's no excuse for any response to those words but a swift and strong unified condemnation. Every single member of this institution, Democratic and Republican, should join us in condemning the president's racist tweets. To do anything less would be a shocking rejection of our values, and a shameful abdication of our oath of office to protect the American people. I urge a unanimous vote, and yield back the balance of my time."

Georgia Republican Rep. Doug Collins challenged her and demanded that her words be "taken down." The extraordinary rebuke was the first of its kind involving a member of Congress and a speaker of the House in decades.

Blame it on the full moon or the eclipse, but I'm going to just blame it on good old fashioned crazy and a little bit of stupid.