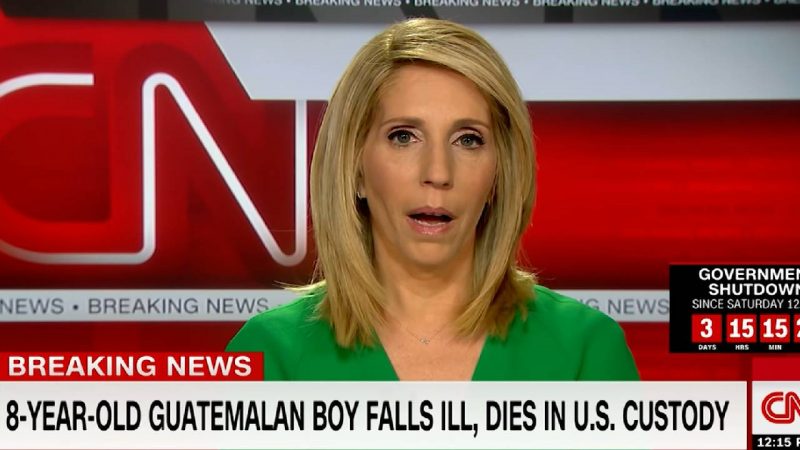 One story that has been all over this past week is the tragic tale of an 8-year-old boy from Guatemala died on Christmas Eve in U.S. custody after being detained at the border.

The story is indeed a very sad one. It is tragic anytime a child's life is lost, especially at such a young age.

But you haven't been getting the whole story. So let's recap what led to this point:

The first thing that happened was the father entered the country illegally with his son. After being detained, the boy was taken to a hospital and diagnosed with having a cold and a fever. He was given medication and then later discharged. Following that, he later became nauseous and began vomiting. The boy's father thought that the boy was feeling better after vomiting. And in all honesty, this is understandable. I've been in this situation and also as a parent I know that sometimes a person does feel better after vomiting. So the father declined further medical treatment for his son. Officials checked on the boy again and realized he was not better, but worse, so they decided to take him back to the hospital, but he passed away during the ride.

So recall that I said the father declined further medical treatment.

The violence loving Democrats are making this a case against border security when in reality, this was completely the parent's responsibility. He refused care for his son.

Holding conditions for illegal immigrants caught trying to cross the border into the United States have been under increasing scrutiny in recent weeks, dating back to the death of a 7-year-old girl who died in U.S. custody after the 2,000 mile journey from Central America.

Officials perform welfare checks on all children in CBP custody, but with the recent influx of large groups of migrants, some holding facilities are understaffed and overwhelmed and are forced to request assistance from other agencies to meet the needs of all detainees.

So remember this for the next time your illegal immigrant loving friends complain about what's going on at the border.

Even back when the 7-year-old girl died, her father had no complaints about how she was treated.

CNN reported on the story of the girl,

The consul said the father, Nery Gilberto Caal, told him agents did everything they possibly could to help his daughter, Jakelin Caal Maquin, after she became sick on a bus. The bus traveled from the Antelope Wells port of entry in New Mexico to a Border Patrol station in Lordsburg, New Mexico, about 90 minutes away.

She died December 8 in a hospital in El Paso, Texas, authorities said. The cause of death has not been determined.

Caal did not speak to the media Saturday, but in a statement issued by his lawyers, he said he was "grateful for the many first responders that tried to save young Jakelin's life in New Mexico and Texas."

All this garbage you hear from the liberal media is false information to try and lead American's away from the truth.