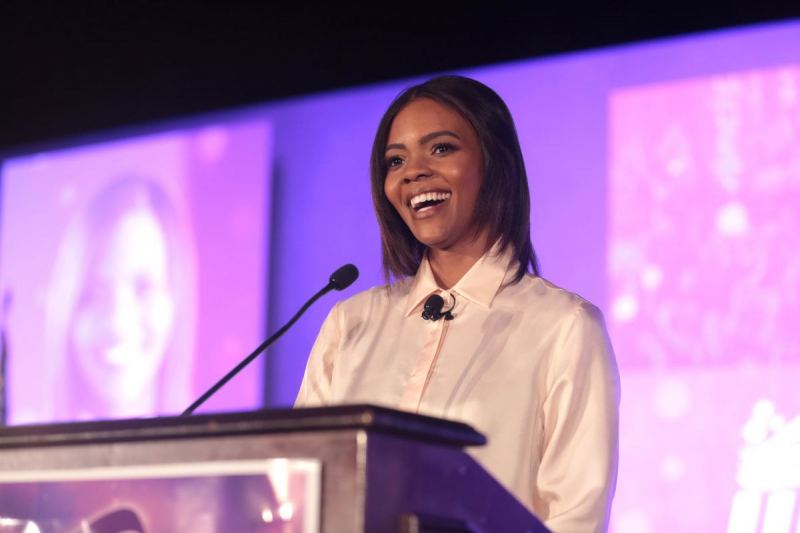 Last week, conservative commentator and political activist Candace Owens had her Facebook account suspended after she made a harmless statement.

The first thing that comes to mind is why doesn't this ever happen to liberals?

The status that was flagged for "violating Community Standards" was, "Black America must wake up to the great liberal hoax. White supremacy is not a threat. Liberal supremacy is." 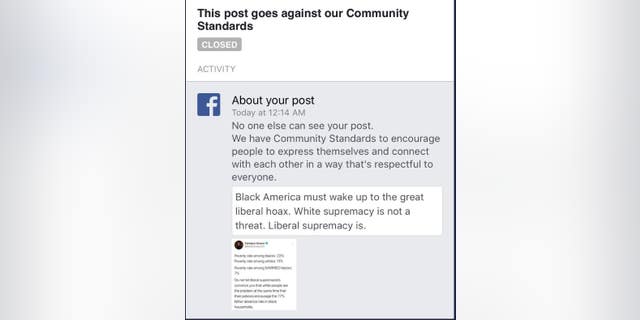 According to Facebook’s community standards policy, hate speech is defined as “a direct attack on people based on what we call protected characteristics — race, ethnicity, national origin, religious affiliation, sexual orientation, caste, sex, gender, gender identity, and serious disease or disability.” The policy also states that Facebook considers it to be an attack when someone uses “violent or dehumanizing speech, statements of inferiority, or calls for exclusion or segregation,” reported Fox News.

Owens' account was later restored and the following message was delivered to her from Facebook, “It looks like we made a mistake and removed something you posted on Facebook that didn’t go against our Community Standards. We want to apologize and let you know that we’ve restored your content and removed any blocks on your account related to this incorrect action.”

But Owens' makes a very good point in a tweet she made when her account was restored,

Yes, what about all the others who do not have enough popularity to make waves to bring into light a mistake that was made by Facebook? I can speak on how difficult it is to even get a real person to look at anything on Facebook. I had an ad account suspended years ago and I still do not know the reason. Every time I ask I get a generic answer and nothing specific.

WOW! Update!@facebook has restored my page! While I am grateful that I have a large enough platform to make noise and force reconsideration— what about the millions of people who do not?

What about the millions of conservatives who are forever silenced on social media? pic.twitter.com/Eq8psDy4bi

It seems like the censorship on conservativism is going to continue to run rampant until Congress steps in and does something to limit it. Sadly, this is not what we want, we just want fairness and free speech.