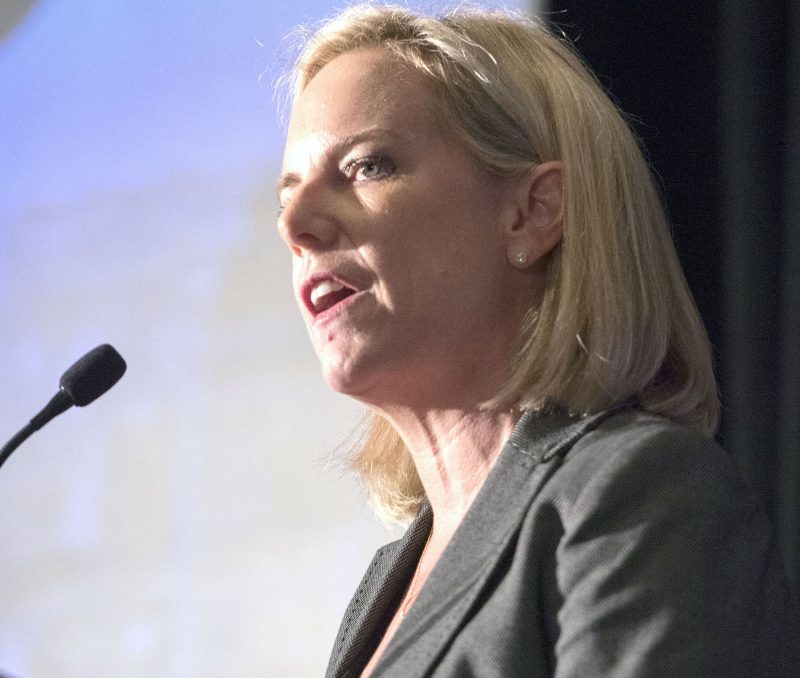 On Tuesday, Homeland Security Secretary Kirstjen Nielsen made an appearance on "Tucker Carlson Tonight" and spoke about the immigration crisis at the Southern Border.

Nielsen compared the crisis to a Category 5 hurricane disaster.

Tucker Carlson asked Nielsen, “Why wouldn't we put the U.S. military along our border if it's really a crisis of that magnitude?”

To which she replied, “I think we're looking into that. We've made the request. I'm in constant contact with the acting secretary of defense. I talked to some of the combatant commanders today. We are in fact pushing more and more military resources to the border.”

What about punishing employers “who are setting the bait in this trap, who are encouraging illegal aliens to come into this country?” he asked. (Interestingly, the president’s own businesses allegedly employed numerous undocumented workers—until they were caught by the press.)

“That is part of the problem,” Nielsen said, adding that steps are already being taken to address just that issue. “We’re looking to do everything we can throughout the system to apply penalties where we can,” she said.

Carlson was not satisfied with that answer. “Well how about this, why wouldn’t your agency write an executive order, present it to the president, have him sign it and do it tomorrow?”

Nielsen went on to argue that “there’s a debate in Congress” regarding the executive branch on implementing an order like that, prompting Carlson to blast Congress while advocating for more direct executive actions.

“It looks like Congress is not going to act because one party has a vested interest in changing the population and the other party is, in effect, controlled by people who want illegal immigration,” Carlson asserted. “So would there be a downside for the president to act unilaterally on that question or, for example, birthright citizenship? Would you be willing to draft an executive order eliminating birthright citizenship?”

We know that President Trump has already threatened to shut down the border entirely if Mexico doesn't step in to do something about all these people coming over into the country from Mexico.

He has also already shut down financial aid to Guatemala, Honduras, and El Salvador.

It's all a process and the fact of the matter is, President Trump is doing what he's got to do in order to get this job done to keep America safe and prosperous.