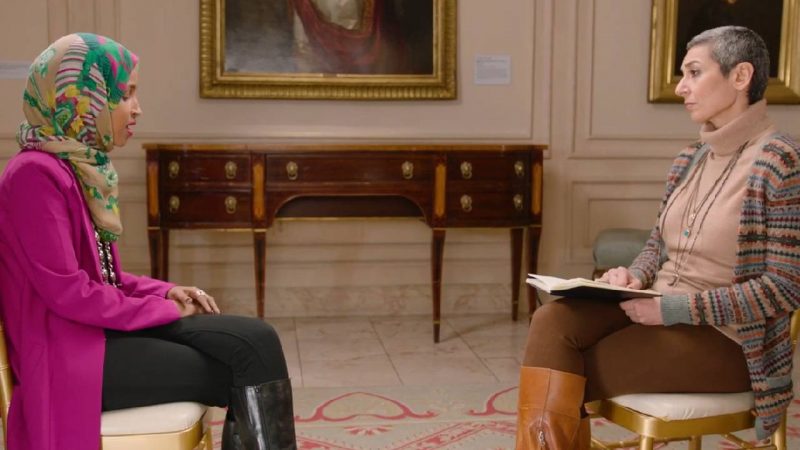 Newly elected Muslim Democratic Representative Ilhan Omar once again made another statement that shows how anti-Israel she truly is.

This shouldn't come as a surprise because, news flash, Muslims ARE anti-Israel! They believe that Israel should be wiped off the face of the earth.

During an interview Tuesday with Yahoo News on "Through Her Eyes" with Zainab Salbi, Ilhan Omar compared Israel to Iran and boasted on how Iran is more democratic than Israel. Yes, the same Iran who is the world's leading sponsor of terrorism.

During the interview, Zainab Salbi asked,

"I want to talk about Israel because it has been a point of contention. How can America work productively towards a just and lasting peace between Israelis and Palestinians in your opinion?"

To which Rep. Ilhan Omar responded,

"Most of the things that have always been aggravating to me is that we have had a policy that makes one superior to the other and we mask it with a conversation that's about justice and a two-state solution when you have policies that clearly prioritize one over the other."

When Salbi asked Omar for examples, Omar responded: "Our relationship, really with the Israeli government and the Israeli state."

"And so when I see Israel institute, um, law that recognizes it as a Jewish state and does not recognize, um, the other religions that are living in it and we still uphold it as a democracy in the Middle East, I almost chuckle because I know that if, you know, we, we, we, we see that in any other society we would criticize it."

Remind me how many non-Muslims are in governmental positions in Muslim countries again?

You can watch the interview below.

She may have committed massive immigration fraud in reportedly marrying her brother. She is accused of committing several campaign finance violations. She cozies up to the Hamas-tied Council on American Islamic Relations (CAIR). She engages in conspiratorial anti-Semitism and supports a movement that seeks to eliminate the world’s lone Jewish state. "

Schachtel adds that "on an almost daily basis, Omar has revealed disturbing biases and appears to be unable to separate friends from foes or free states from totalitarian dictatorships. Putting aside her smearing of the Covington Catholic teenagers and her politicization of Holocaust Remembrance Day, Omar has committed several major foreign policy blunders that may lead even Democrats to question whether she is suited for a congressional foreign affairs committee."

It's been clearly seen even before she was elected to office that she is definitely anti-Semitic, yet she still made it too office largely due to people ignorance of Islam.