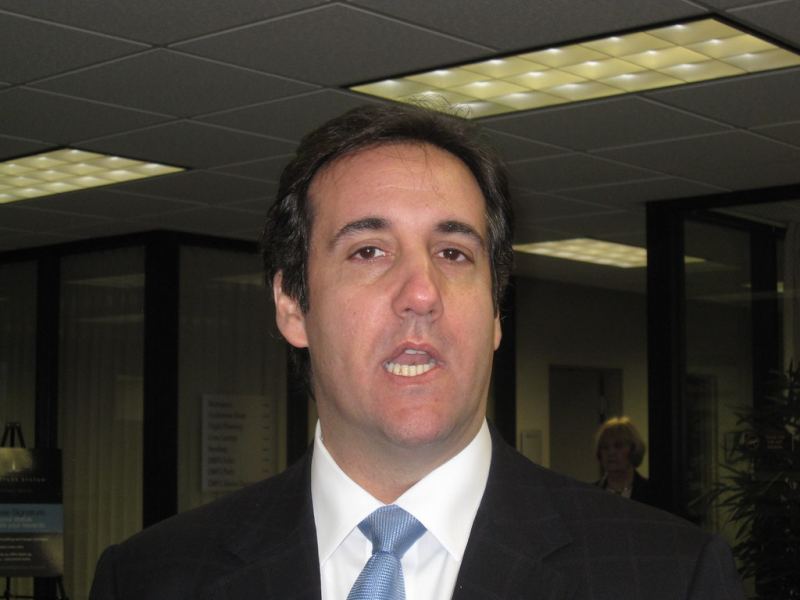 When it comes to Michael Cohen, you have no idea whether you're getting the truth or a lie.

The Democrats showed how desperate they were to get President Trump nailed down to something by bringing Michael Cohen in to testify before Congress AFTER he had been convicted of lying to them.

Now Michael Cohen is saying that it's possible that Trump didn't instruct him to lie.

Michael Cohen acknowledged in congressional testimony it was “plausible” that President Donald Trump had not instructed him through coded language to lie to Congress about negotiations to build a Trump Tower in Moscow, as the former Trump lawyer has claimed.

Cohen has testified he believed Trump implicitly directed him to make false statements about the duration of his negotiations during the 2016 presidential campaign on a failed Trump Tower project in Moscow.

Cohen told the House and Senate Intelligence Committees in 2017 negotiations to build the Trump skyscraper ended in January 2016. In fact, Cohen pursued the ill-fated deal through June 2016. He pleaded guilty in the special counsel’s probe to making false statement to Congress, and is serving a three-year prison term for that and other charges.

Cohen’s belief that Trump told him to lie to Congress rests on an interpretation of what he claims was Trump’s coded language.

Cohen said when Trump told him in a May 2017 meeting in the Oval Office to “cooperate” with a congressional request for testimony, he was being instructed to lie. Cohen offered no hard proof to back up his assumption, but he said he had learned how to read Trump’s true instructions after a decade of working with him.

Just read this portion of the transcript:

“Mr. Cohen, I just want to be really clear about something you testified to just a couple minutes ago. Describing that Oval Office meeting you had with [Trump lawyer] Jay Sekulow and the President, you said the President said to you, just cooperate. And are you telling this committee that you understood him to be telling you indirectly to lie?”

So let me get this straight. President Trump told Michael Cohen to cooperate with Congress and Cohen took that to mean to lie to Congress? There's no way that was ever going to get anywhere. In no way did the President instruct him to lie and he admits it.