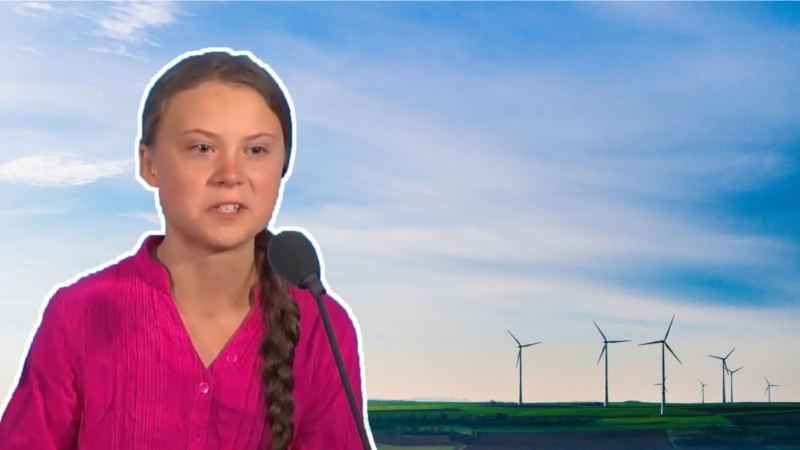 Liberals everywhere have been praising 16-year-old Greta Thunberg for her activism in climate change.

She recently gained notoriety after her speech at the U.N. climate change summit where she gave a script that was likely written by some of George Soros' cronies.

But now she's really been put on a pedestal. A BIG one!

The Church of Sweden has named Thunberg as a "successor" to Jesus Christ.

The church has tweeted,

“Announcement! Jesus of Nazareth has now appointed one of his successors, Greta Thunberg”

The announcement resurfaced online on Monday, likely due to the church’s most recent support of Thunberg’s activism.

Last week, for example, The Church of Sweden Malmö announced that they would ring their church bells in conjugation with the Global Climate Strike, of which Thunberg is the face.

The church literally elevated Thunberg to what can only be called an Apostle or perhaps some other messianic figure.

When they started catching grief over their tweet, they explained that the term was used in a nuanced way. “Here you can read more about the word ‘success’ and its different meanings / nuances.”

It wasn't much longer after that when the account was abandoned which ended by giving a defense of the message they used and an apology for any hurt they’ve caused.

“Dear twitter, If we have hurt someone we apologize,” the post, which was published on December 6, 2018, starts.

“Our sense has been to talk about Jesus Christ in our own way. Now we leave the arena. Thank you for your commitment, joy and debate. God bless you! Jonas Persson, ward pastor.”