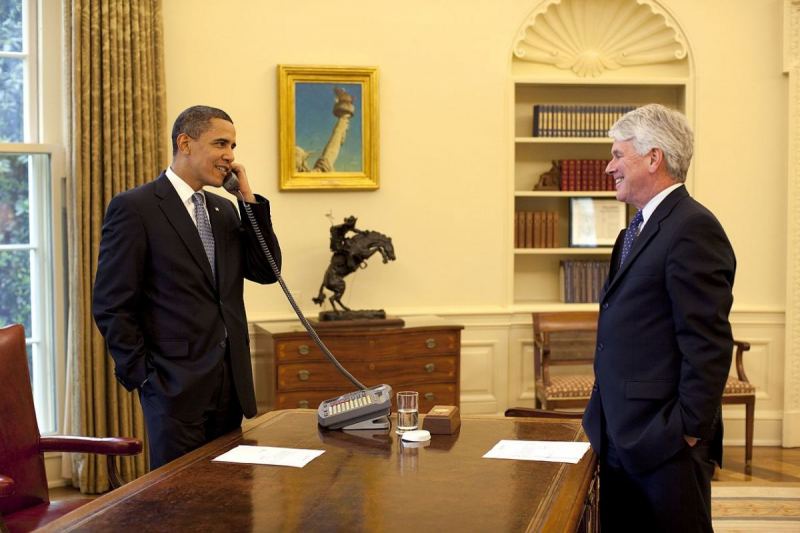 Can I just say that we knew this was coming all along?

It's been obvious this entire time that President Trump did not collude with Russia in any manner whatsoever. However, we've known for a couple years now at least that there have been some very fishy things occurring with politicians on the other side of the aisle.

Take Hillary Clinton for example. She leaks classified information, steals money from countries and organizations, and is a key player in the Uranium One deal. Or how about knowing that President Obama was involved somehow in spying on Donald Trump during his campaign?

There have been some very shady things going on.

Now it's time to pay the piper.

The charges against Craig, who was White House counsel during the Obama administration, concern work he performed for Ukraine in 2012 while he was a partner at top law firm Skadden, Arps, Slate, Meagher & Flom LLP. The Justice Department has said it was Paul Manafort, who later became Trump's campaign manager, who arranged to hire Skadden to work for Ukraine, although Craig said Thursday it was Democratic political operative Doug Schoen "who first introduced the project to me."

...according to the indictment, from the start of the work on the report, Craig didn't want to register as an agent for Ukraine "at least in part because he believed doing so could prevent him or others at [Skadden] from taking positions in the federal government in the future."

The indictment also alleges that Craig was deterred from registering out of his desire to hide that a third party -- a private individual -- paid the firm more than $4 million for the report and that the firm had a "parallel engagement with Ukraine to assist in the prosecution of Tymoshenko on additional charges."

With the Mueller report slowing coming into the hands of Congress and the American people, I believe we'll be seeing more arrests in the very near future.
Previous Post
Next Post