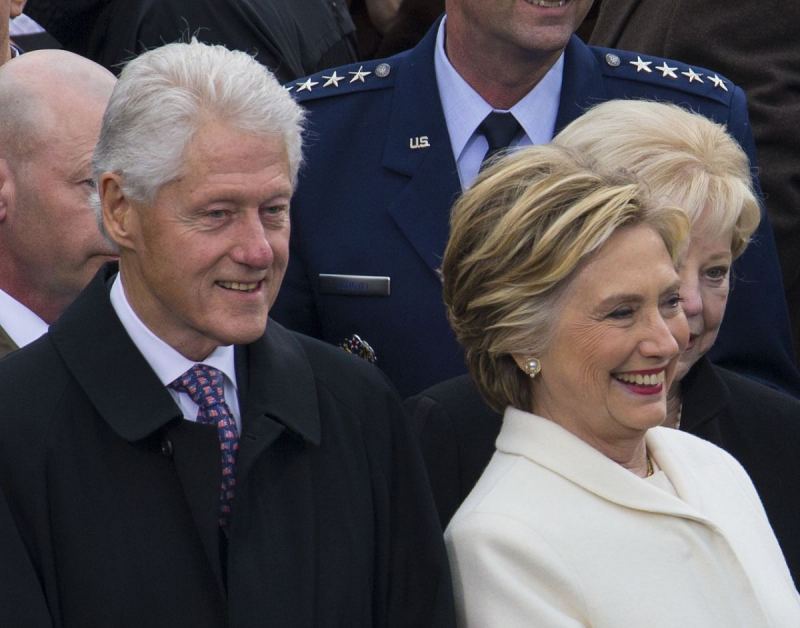 Bill and Hillary Get Heckled During Their Snoozefest Book Tour

Bill and Hillary Clinton are back traveling the U.S. for their book tour to visit brainwashed liberals in America.

The tour titled An Evening With The Clintons is back in action and the Clintons are trying to do what they do best and that's to grab money from wherever and however they can.

The event was reported to have been extremely boring. So much so that someone actually began heckling Bill.

The night featured a lot of softball questions, reportedly, but no mention of President Donald Trump or the disastrous 2016 presidential election. But if the crowd was bored by discussing issues from the mid-1990s, they were quickly energized by a heckler, who pointed out that the Clintons had long lost their shine.

Hillary quickly cut him off, with an odd comment about “important political conversations” and called the heckler an “agent provocateur.”

The rest of the audience heard, however. The heckler asked Clinton to talk about "Jeffrey Epstein."

Maureen Callahan who attended the event said she thought it was a snoozefest as well. Callahan actually said that the night more or less just focused on why Hillary lost than anything else.

In her opinion piece in for the New York Post she wrote:

My ticket, a third-row seat in the balcony, cost $210. This bought me 90 minutes of longtime Clinton lackey Paul Begala launching such softballs as:

I wish I were exaggerating. The only current event touched upon was that day’s arrest of Julian Assange — astonishing given the surfeit of recent headlines really worth discussing: Jussie Smollett, race relations and hate crimes; the one-percenters caught up in the college admissions scandal; the push to federally legalize marijuana and reform the criminal justice system; the role of Silicon Valley in curbing, if not eliminating, foreign governments hacking our elections [ahem]; Elizabeth Warren’s call to break up Amazon, Google and Facebook — to say nothing of the 20 or so declared Dem candidates for president.

Here are a couple of observations:

Why is Hillary still griping about losing the election? It's her own fault that she couldn't win it. I mean who can't win an election that they rigged in their own favor? Hillary, that's who.

And Bill...step up your speaking game.