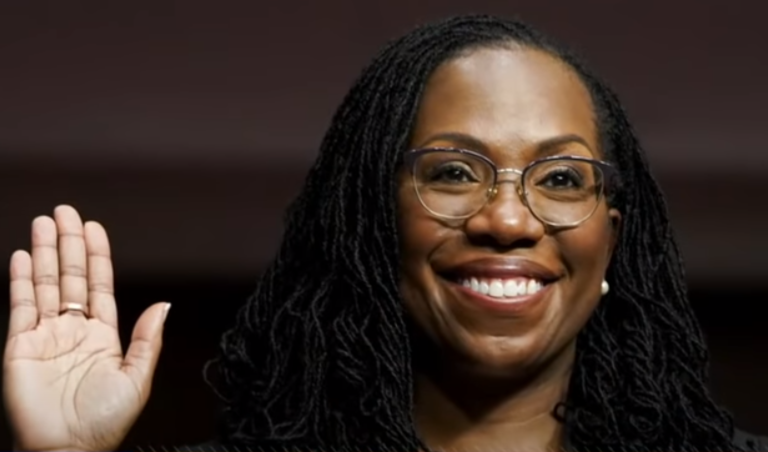 Personally, I think it's more important than ever to support a fair and free press. Over the years the media has become the strong arm to politicians and the last thing anyone needs is a Supreme Court Justice who supports silencing the press. Especially one who adores the radical anti-semite Louis Farrakhan like Biden's current pick for a SCOTUS seat, Judge Ketanji Brown Jackson.

Jackson wrote a letter to the editor of the Herald in response to a piece from columnist Don Feder that noted that the population of white people in America could decrease steeply as a result of open borders immigration policy. The text of both 1997 writings were obtained by the Free Beacon through a news archive.

"To my mind, he's also like the liberal's purported view of American history—irredeemably evil," Jackson wrote of Feder, whose column also attacked black civic leaders such as Louis Farrakhan. The judge disclosed the letter in a questionnaire for the Senate Judiciary Committee.

Law clerks seldom share political opinions in a public forum during their terms of service. Clerkships run one or two years in the federal courts and are highly coveted by law students. Clerks are expected to reflect their judge's neutrality in public and avoid overt political participation or expression to protect public perception of the courts as nonpolitical entities. Today, clerks often go dark on social media—or delete online accounts altogether—for the extent of their clerkships.

"The Code of Judicial Conduct that prohibits federal judges from engaging in any activity that would undermine their independence or impartiality likewise binds their law clerks, so it is troubling that Jackson would write such a letter while serving as a clerk," said Carrie Severino, the president of the Judicial Crisis Network. "It shows a lack of awareness on her part regarding the role of the judiciary."

The lack of ethics in writing the letter should be enough to disqualify the judge as a nominee. It also shows a clear record of Judge Brown Jackson's abuse of positions she's held in her attempts to intimidate the news outlet.