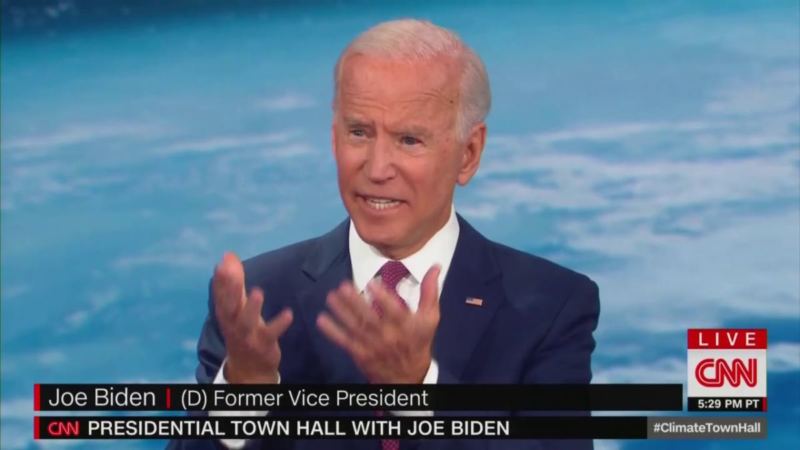 It's no secret that Joe Biden's mental state has been compromised by I can't just brush this off as 'crazy Joe' babble. While reporters questioned the Groomer-in-Cheif on the tarmac he flipped his lid and claimed modern religions condone abortion. He added that the Supreme Court's pending decision to overturn the Federal government's law that legalizes abortions in the US a "radical decision".

“If this decision holds, it’s really quite a radical decision,” Biden told reporters at Andrews Air Force Base.

Elsewhere in his comments, Biden indicated he could support codifying Roe in law.

“Roe says what all basic, mainstream religions have historically concluded, that right, the existence of a human life and being is a question,” Biden said. “Is it at the moment of conception? Is it six months? Is it six weeks? Is it ‘quickening’ like Aquinas argued?”

“So I mean, the idea that we’re going to make a judgment that is going to say that no one can make the judgment to choose to abort a child, based on a decision by the Supreme Court, I think goes way overboard,” added Biden.

REPORTER: Should the Senate do away with the filibuster to codify Roe?

BIDEN: I’m not prepared to make those judgments now, but, you know, I think the codification of Roe makes a lot of sense.pic.twitter.com/2Jtn0LOPyI

The comments came after a draft by Justice Samuel Alito overturning Roe was obtained and published by Politico on Monday night.

“The Constitution does not prohibit the citizens of each State from regulating or prohibiting abortion. Roe and Casey arrogated that authority. We now overrule those decisions and return that authority to the people and their elected representatives,” the conclusion of the decision reads.

Chief Justice John Roberts confirmed that the draft decision is authentic in a statement.

“Although the document described in yesterday’s reports is authentic, it does not represent a decision by the Court, or the final position of any member on the issues in the case,” Roberts said in a statement. Roberts also said that he had “directed the Marshal of the Court to launch an investigation into the source of the leak.”

Justice Roberts commissioned the US Marshalls to investigate the leak. You can read about that here. Check out the big lead they have to work with.