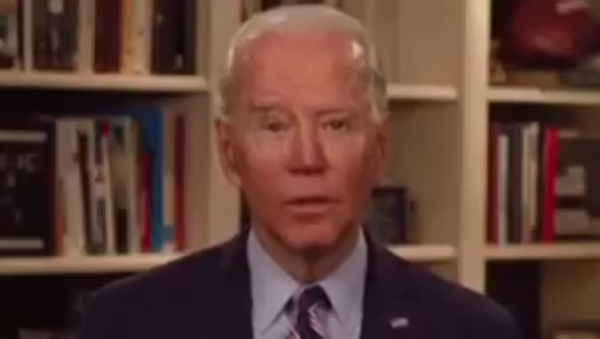 Biden is like the mascot for the mentally impaired. He is constantly bumbling and confused about where he is. So when he warned Americans that there are going to be hospitals full of Alzheimer's patients, you almost ask if he is just projecting his own problems onto us.

"As President Joe Biden stumped in Ohio for his massive $6 trillion budget proposal on Thursday, he made a veiled, if perplexing, threat: If the nation doesn’t enact a sweeping plan like the one outlined in his budget, America’s hospitals will be filled to overflowing with patients suffering from Alzheimer’s Disease.

“If we do not do something about Alzheimer’s in America, every single, solitary hospital bed that exists in America — as the nurses can tell you — every single one will be occupied in the next 15 years with an Alzheimer’s patient,” Biden told a crowd at Cuyahoga Community College in Cleveland. “Every. One. Costing us in excess of a trillion dollars.”

It’s not the first time he’s made the claim —

In the homestretch of the 2020 presidential campaign last October, the mask-adorned Democratic candidate told a crowd of senior citizens in Pembroke Pines, Florida:

If we do not — and no drug company has the capacity to do it—If we do not find an answer to Alzheimer’s within the next 19 years, every single, solitary bed that exists in the United States of America now will be occupied by an Alzheimer’s patient.

When people are faced with their own mortality they often start thinking the end of the world is near, when it is actually their end that is close. So since Biden does not have any evidence for these claims about hospitals full of Alzheimer patients it's likely he is thinking of his own prognosis. But $6 Trillion is one hefty bill. Luckily we have Sen Manchin in the Senate. He's the moderate Dem that refuses to let the progressives run wild. So he will likely stop this bill in its tracks.

Gingrich: "Don't Be Fooled This Is Not Over."