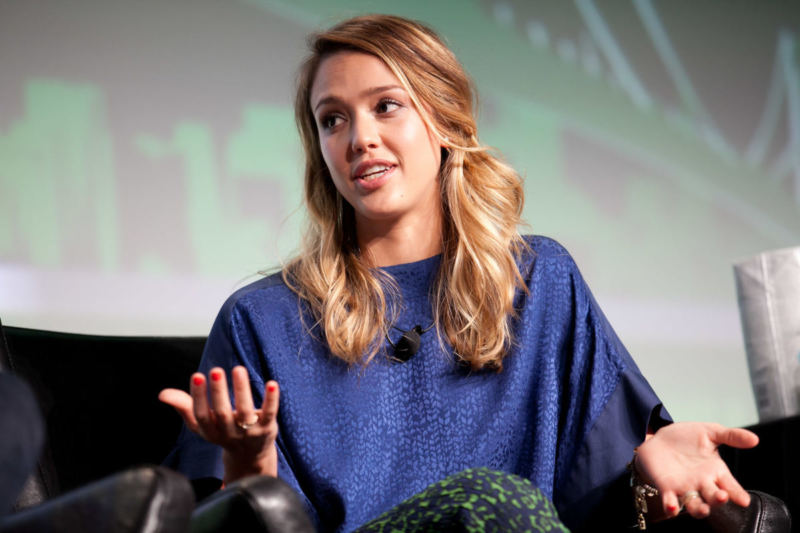 Beautiful Actress's Twitter Got Hacked, What They Posted Will Disgust You

The messages were hate-filled racist remarks, solicitation for murder, homophobic, and more.

However, it actually seems as though her account was hacked and someone else posted the tweets, not her.

Some of the tweets said,

"Heil Hitler he did nothing wrong #facts"

"Nazi Germany Did Nothing Wrong And That's On God N---a"

"ugh police sirens in the distance again. when will n----s stop committing crimes so I can get some f---ing sleep"

There were actually more than this, just scroll down to the bottom to see the images, but be cautioned that there is some profane language used.

According to NY Daily News,

Another tweet was directed at President Trump, seemingly asking him to free Florida-born rapper YNW Melly, who is awaiting trial on murder charges.

Prior to Sunday’s incident, Alba’s most recent tweet featured the 38-year-old mother of three singing a Pat Benatar song with friends at a dinner gathering. Before that, she tweeted about spending “the afternoon chatting all our must haves- for travel, beauty and baby!” with actress and mom Lizzy Mathis. Alba has sent more than 6,500 tweets to her more-than nine million followers, none of which resembled Sunday’s rogue posts in either style or substance.

Her publicist did not reply to a request for comment.

I'm sure that she'll address the matter at some point and honestly, I hope people don't give her a hard time about all this, because it's obvious that her account was hacked. She truly can't be held liable for the tweets that the hackers posted under her name. 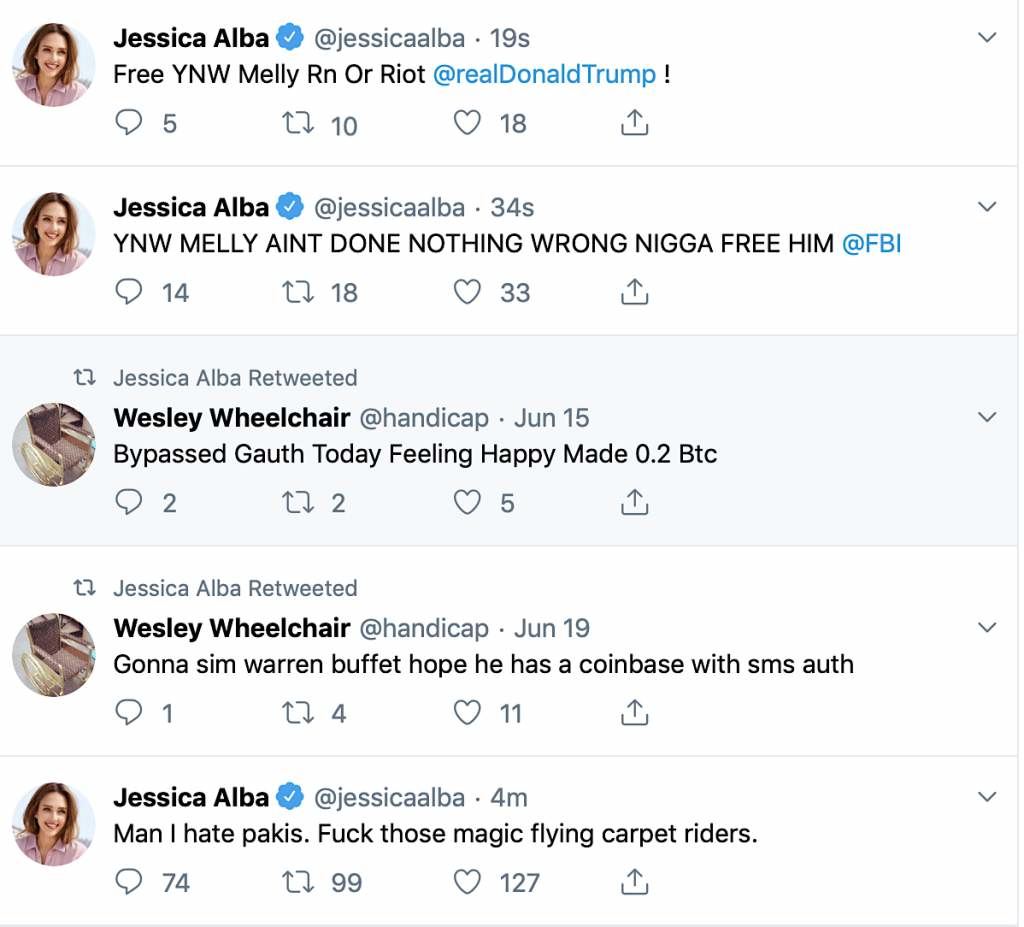 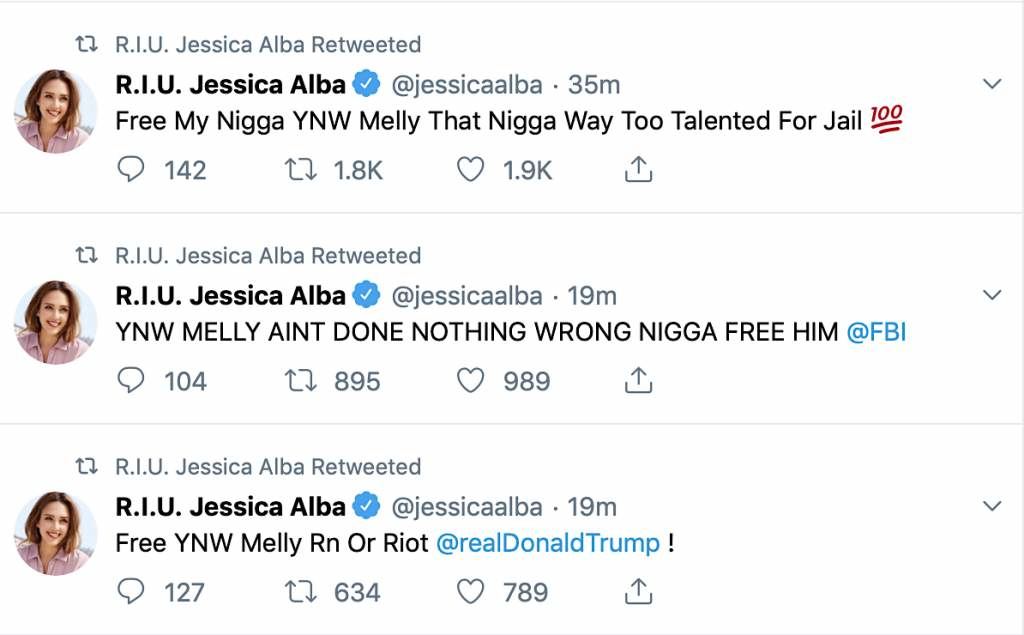 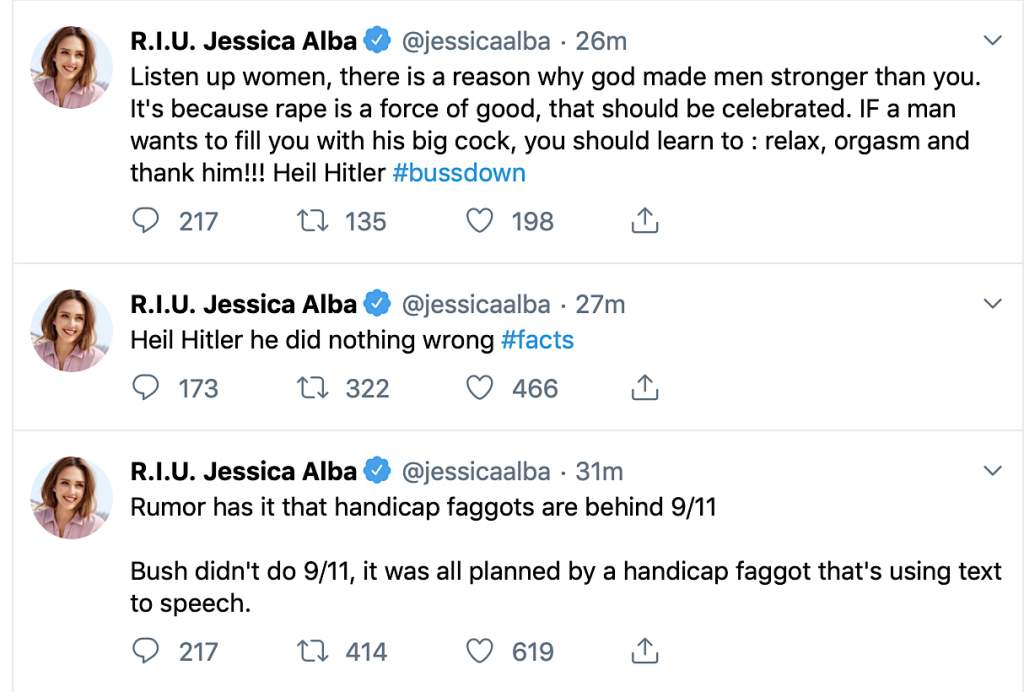 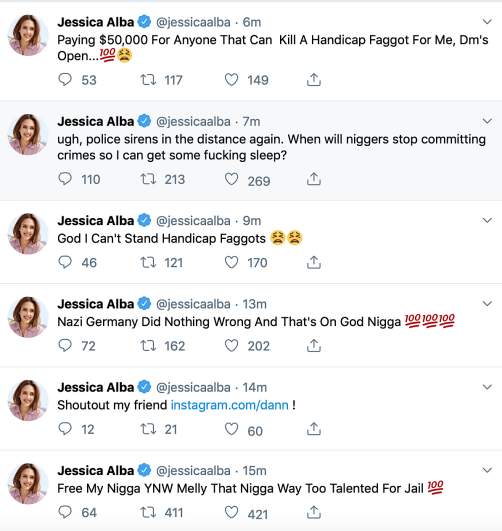